Alumnus takes us back to basics on the economy

We spoke with Joe Richards (2020, PGCE) about his new book What is the Economy? And why it matters to you and his aim to demystify the subject of the economy.

Tell us a bit about your background

Formerly a Producer/Director at MTV, I changed careers and headed into politics and economics when my parents lost their small business and home after the 2008 financial crash. I’d always been agitated by injustices and knew I’d somehow end up in politics – turns out this disaster was the kick-start I needed! I took a postgraduate course in economics in London and realised it actually taught me very little about how the world works today, it also didn’t equip me with vocabulary to talk to people about the economy in a way they could understand. I wasn’t alone, and with dozens of fellow students we launched an international network called Rethinking Economics.

When did you go to Hughes Hall and what did you study?

If one career change wasn’t enough, I decided to embark on another! In 2019 I came to Hughes Hall to do a PGCE in Primary Education. Actually, the work I ended up doing in economics involved setting up a charity that campaigned to equip all young people with the means to talk about the economy they lived in (turns out while adults were terrified of the word, children weren’t) and I was working regularly in schools by this point already. So coming to Cambridge to formally train as a teacher was the natural next step. I chose Hughes Hall because of its diverse and mature vibe and I love its history.

How did What is the Economy? And why it matters to you come about?

Everyone lives in an economy. In fact, we all live in several. But very few of us have the vocabulary to talk about them. More problematically, 9/10 of us think that politicians and the media talk in a way that we can’t understand when it comes to economies.  That’s a major problem seeing as we all live in one! Through all the work we were doing at the charity Economy (ecnmy.org) we began to understand how to talk about the economy in a way that people understood, a citizen’s level understanding of economics if you like. A publisher actually approached us a few years ago, and after a few meetings we had a new book project.

How did your time at Hughes influence the creation of the book?

Well, it influenced it insofar as it made sure I actually got it finished! I handed in the final draft of the book just before I packed my bags and moved to Cambridge. I knew Cambridge would be full on and that the project had to be finished before my PGCE began otherwise I wouldn’t manage the workload. It actually was the perfect motivation to finish the project and get it to the publisher. My time at Hughes and the Faculty of Education however has taught me even better how to build on both the knowledge and misconceptions that people already have. Fascinatingly, that same principle came up in our work on economics: you have to meet people where they are if you want them be successful in teaching them anything.

Could you tell us a little more about the book, who it’s for, what it covers and why people should read it

The book is for anyone that wants to understand the world they live in a little better. The more I learnt about “the economy” the more I could see its invisible parts. This book helps you “see” the structures around you that are shaping your life, that were otherwise either invisible or even inconceivable. It walks you through an economy starting from you as an individual, and looks at things like your home, work life, money, society, governments and importantly a global perspective and how we connect with the natural world. If you’ve ever wanted to better reply to a politicians ramblings on “the economy”, this book is a good start!

I think everyone deserves to understand the world they live in. You’re not stupid for not knowing what “an economy” is. It’s the only word used at such high frequency in everyday English language, that no-one has ever told you what it means!

The book “What is the Economy? And Why it Matters to You” is available at Waterstones and Heffers in Cambridge and online, RRP £20. Have a question? Joe can be contacted on jr839@cantab.ac.uk 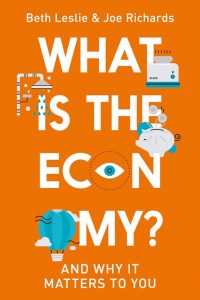 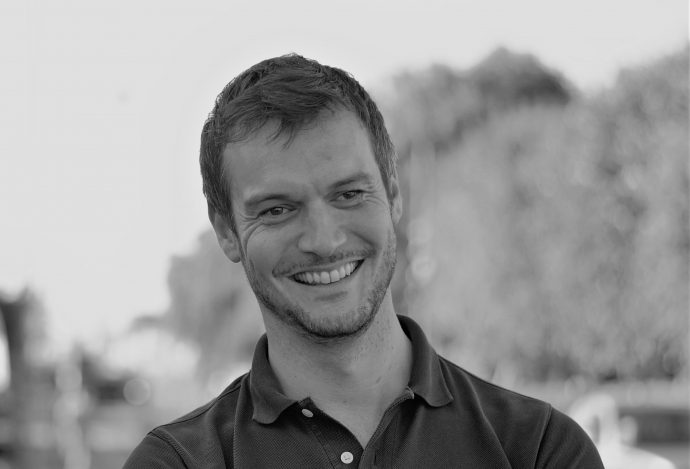