The University and the Colleges

The University of Cambridge had its origins in 1209 when a group of scholars from Oxford, escaping riots and disorder, settled in Cambridge to study. At first, the scholars lived in rented hostels, and gradually they evolved a distinct organization with Masters and other officials. In time, the hostels gave way to ‘Halls’ and ‘Houses’ that began to define the form and function of the colleges that characterize the University to this day – the first college (St Peter’s or ‘Peterhouse’) was founded in 1284.

The establishment of Peterhouse marks the opening of the first of three great phases of college foundations in the history of the University. The first phase, from the 13th to the 16th centuries, saw the establishment of the sixteen Medieval or Renaissance colleges – including the renowned names of King’s (1441), St. John’s (1511), and Trinity (1546).

Today, these older colleges cater especially to younger undergraduates (those admitted before they are 21 years of age), and in keeping with their early origins they maintain some of the University’s most ancient customs and traditions.

In the second phase, a number of benefactors and philanthropists (including members of the older colleges themselves) established the great Victorian colleges which broadened access to university education in general. In keeping with the idealism of their supporters, some of these foundations, like Girton (1869), Newnham (1871) and, indeed, Hughes Hall (1885), pioneered university education for women.

Finally, a third wave of colleges established after World War Two renewed the social vision of the Victorian foundations, promoting access to university education for women at Murray Edwards (1954) and Lucy Cavendish (1965), as well as focussing on directing science and technology to positive purposes, as at Churchill (1960).

Hughes Hall was established in 1885 during the Victorian golden age of college foundations. Its grand main building, now known as the Margaret Wileman Building in honour of the college’s seventh Principal, was designed by William Fawcett and inaugurated in 1895. Fawcett, himself a graduate of Jesus College, was one of Cambridge’s most distinguished architects, and buildings in his graceful style dot the city – the present University Registry building on Mill Lane was designed by Fawcett (1886), and the old Cambridge University Press board room building (behind the Pitt Building on Trumpington Street) was also originally built to his design (1893).

The first part of the Margaret Wileman Building was constructed largely thanks to a bequest from the trustees of Jurgen Edward Pfeiffer and his wife Emily, and the ground floor wing is named the Pfeiffer Wing in recognition of their role in providing the architectural centrepiece to the College. To this day, the building remains at the heart of college life – housing student accommodation, study areas and social spaces, and various college offices.

Over time, the College has extended the Margaret Wileman Building and acquired and built a number of buildings on or near the main site. The 1990s saw the construction of Chancellor’s Court, which was inaugurated in 1992 by the then Chancellor of the University, HRH the Duke of Edinburgh, and the Centenary Building, which opened in 1997. This flowering of buildings at the end of the 20th century culminated with the Fenner’s Building which opened in 2005. Fenner’s has a distinctive vantage-point over the University’s historic cricket ground and towards the spire of the church of Our Lady and the English Martyrs – the tallest church spire in Cambridge. The view from the terrace at sunset is amongst the most evocative in Cambridge. The building has a large dining Hall which hosts everyday meals, formal dining events, and grand College gatherings. There are also two roof terraces, and numerous student study-bedrooms – all of which make the most of the unique view to the west.

In 2016, the College opened Gresham Court, a new student accommodation building facing the Margaret Wileman Building across the cricket field.

While Hughes Hall shared the egalitarian vision of colleges like Girton and Newnham in providing university education for women – it was unique in specializing in the admission of women graduates. In fact, the College was an innovator in offering provision for graduate students specifically, and today it enjoys being known as the ‘Oldest Graduate College’ of the University. Established as the Cambridge Training College for Women Teachers in 1885, it was not until 1948 that women were allowed to become full members of the University, and within a year the College became a ‘recognized institution’ of the University. This was marked by the adoption of the name Hughes Hall, honouring the College’s first Principal, Elizabeth Phillips Hughes (1851-1925).

Despite its forward-looking and pioneering character, the decision to name the College as a ‘Hall’ is a nod to the old traditions of the University; in the Medieval period it was usual to refer to colleges as ‘Halls’ (or ‘Houses’). While some colleges have retained the old style (Trinity Hall, 1350, and Clare Hall, 1966) most are now named as colleges – while others, like King’s Hall (1317), have disappeared into history.

Though the origins of Hughes Hall lie in the idealism of the Victorian period of college-building, the College also joined the great modernizing and egalitarian stream of post-1945 establishments. As part of the drive to develop post-graduate education, the College began to admit students studying for a wide range of post-graduate degrees from the 1960s, and began to accept men in the 1973 – the first all-women college of the University of Cambridge to admit men in the University of Cambridge. Indeed, the admission of men fulfilled an old vision of the first Principal, and shows something of her egalitarian spirit. Speaking before the Royal Commission on Secondary Education in 1894, she said, ‘We shall never get first-rate training until men and women are trained together.’ The ideal institution was one with a ‘mixed staff and mixed classes.’ 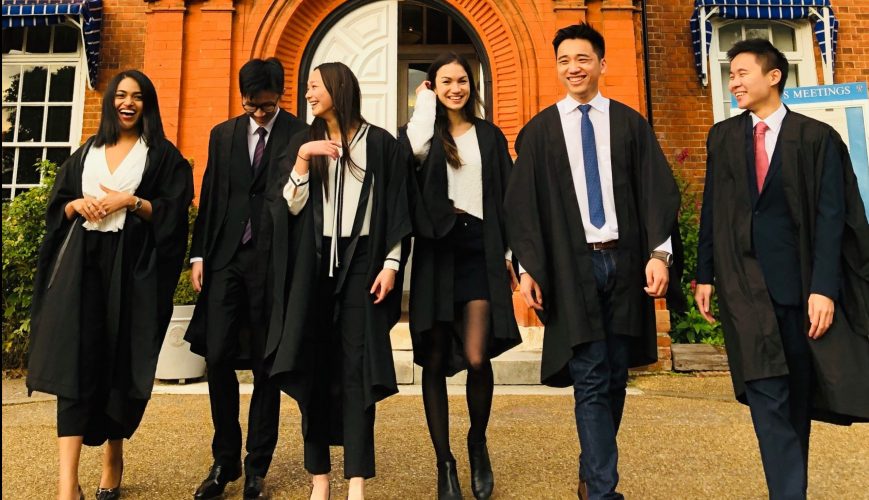 There is at present a balanced mix of gender at all levels of the College of which Elizabeth Hughes would have approved.

In 2006, 120-years after its foundation, Hughes Hall was finally granted its Royal Charter and formally became a full college of the University of Cambridge. The College has had fifteen principals since its foundation in 1885, and the current principal – now formally called ‘President’ – is Dr Anthony Freeling who was appointed in 2014. Dr. Freeling is himself a graduate of one of the great Renaissance foundations, St. John’s College, and he studied at Cambridge for BA, MPhil and PhD degrees before a distinguished professional career.

Despite the great changes that have taken place in the 130 years since the College’s foundation, it continues to preserve many of the driving themes of its early years. At the heart of its mission has been the promotion of university education to support practical and positive change in the world beyond academia – epitomised in the early focus on teacher training. To this day, training teachers make up an important core cohort of students each year, and the mission has been developed with special strengths in the study of Medicine and the Biological sciences, Engineering including physical and applied Mathematical sciences, disciplines of Business and Economics including Land Economy, and Law. Elizabeth Hughes was global in her vision, she collected a community of international students around her, and she built firm contacts with Japan by visiting the country during 1901-1902. This has been continued with a student community that is amongst the most internationally mixed, cosmopolitan and diverse of any college of the University. With a friendly and open spirit, the College strives to maintain its scholarly and egalitarian ethos – supporting and enhancing the finest education for graduates and mature undergraduates in all fields and from all walks of life.

Professor Martin is an Honorary Fellow of the College, his history of Hughes was published to coincide with the College’s 125th anniversary celebrations in 2010. The book was the recipient of a Cambridgeshire Association for Local History book award in 2012. The book is available to alumni and others with an interest in the history of education from the College’s Development Office. 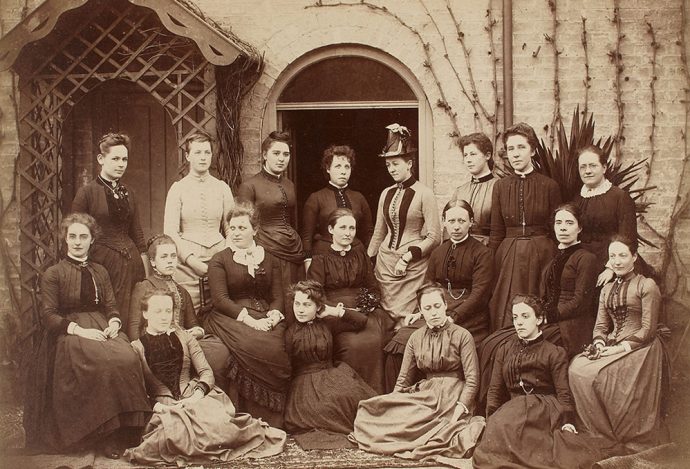