We are delighted to bring you the first in our series of posts on Hughes Hall LGBTQ+ Legends, a joint College and MCR Committee initiative celebrating members of the LGBTQ+ community who have inspired us.

“I would like to nominate Armistead Maupin for the Tales of the City books, which describe and celebrate a group of housemates living in San Francisco in the 1970s and 1980s, and brought LGBTQ and inclusion issues into the mainstream through positive and powerful characters.”

“I would like to nominate Eddie Izzard as a hugely talented trans comedian who is one of my heroes given her particular style of comedy. She has also always been a cross dresser even in the late 80’s when it was tougher to be out and I am extremely grateful for all the times she has made me laugh.

I still remember seeing her live the night that David Bowie died – what a day to have to do a live comedy – she dealt with it by acknowledging that we had all suffered a loss and instigating a standing ovation for David Bowie – it lasted several minutes, and was joyful and uplifting and a very clever way to acknowledge the situation with respect but to then allow us permission to laugh at her jokes”

“My LGBTQ+ Legend is Jess Goldberg, protagonist of the brilliant, horrifying, heart-breaking, and moving 1993 semi-autobiographical novel Stone Butch Blues, by Leslie Feinberg. Jess’s experiences include rejection, exploitation, assault, violence and discrimination of nearly every kind yet the narrative is still overflowing with love, courage and political selflessness. It taught me a lot.”

“Having recently watched ‘It’s a Sin’, I am grateful for Russell T. Davies and all the other LGBTQ+ individuals involved in bringing this television drama to our screens. The five-part series follows a group of friends living in London during the 1980’s when HIV/AIDS emerged in the U.K. As a twenty-something year old born in the 1990s, I came to this series largely ignorant to the devastating impact that the breakout of the HIV/AIDS epidemic had on the lives of gay men, their friends and their families. An emotional but important watch, ‘It’s a Sin’ powerfully conveys the interplay between the homophobia operating at all levels of society, and the diagnosis, treatment and management of the virus at the time. Not only has the series been linked to a record number of HIV tests being ordered in one day from the Terrence Higgins Trust, ‘It’s a Sin’ has opened my, and I’m sure many other people’s, eyes to this important part of British LGBTQ+ history.”

“Dr Sophia Jex-Blake (1840- 1912) was a doctor, teacher and activist whose work undoubtably changed the world of women’s education for the better and has therefore contributed to many of us being able to study here today. Sophia applied to study Medicine at the University of Edinburgh in 1869, and although the faculty voted in favour of allowing her to study, the University Court rejected her application on the grounds that they could not make provisions for ‘one lady’. Undeterred, Sophia advertised for more women to join her and formed the ‘Edinburgh Seven’, a group of women who all applied together. This time their applications were accepted, which was the first time a British university admitted women. Unfortunately their degrees were withdrawn in 1873 following hostility and protests throughout their time studying. She was finally awarded a medical degree by the University of Berne in 1877. Sophia was involved in founding two medical schools for women in London and Edinburgh, the latter of which her partner Dr Margaret Todd trained at.

When Sophia retired, Margaret (who was significantly younger) gave up her medical career after only five years to move with Sophia to England. They spent their time travelling and entertaining friends, with their home becoming a meeting place for students and colleagues from all over the world. Sophia died in 1912 and Margaret subsequently wrote ‘The Life of Dr Sophia Jex-Blake’, published under her own name (she had written previous other books but they were published under a pseudonym).

I learnt about Jex-Blake during a seminar on LGBTQ+ STEM day, and was struck by the perseverance shown by this remarkable woman at a time when society was so hostile towards women, let alone gay women. Her efforts made a huge difference to the many women who went on to study at the schools she set up, and to those who were eventually able to study at any medical school after the UK Medical Act was passed in 1876 (although it took many years after this for medical schools to actually treat women equally).”

“My LGBTQ+ hero is Justin Fashanu, the first openly gay professional footballer in the world. After a successful spell at Norwich City, he earned a £1 million move to Nottingham Forest, becoming the first black player to be transferred for such an amount. Then, in 1990, he came out publicly, after which he faced a backlash from fans, national newspapers and even members of his own family.

Although there have been very few examples of active players coming out since, what Justin Fashanu did was force football to begin to face its homophobia problem, paving the way for more recent initiatives such as the Rainbow Laces Campaign.”

Would you like to nominate an LGBTQ+ inspiration? It could be someone who has inspired you, made you smile, or taught you something. Perhaps an author or an artist whose work you enjoy, a friend or family member who makes you proud, a courageous sportsperson, an inspiring teacher, an activist or politician whose dedication you admire.

If so, please send your nominations to development.admin@hughes.cam.ac.uk 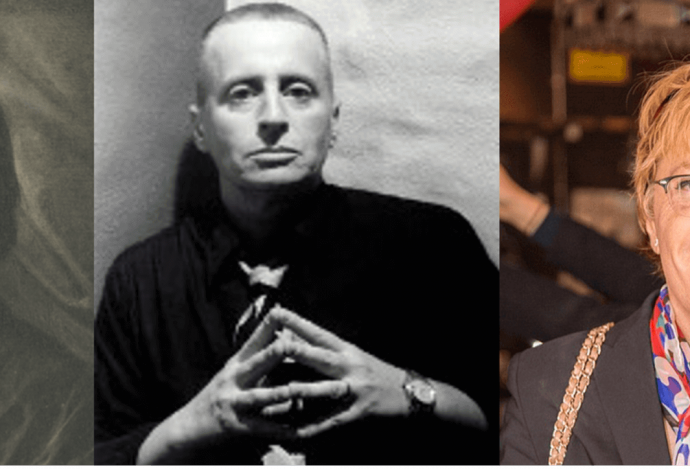