As October draws to a close we bring you the third post in our series on Black History Heroes, as nominated by Hughes Hall staff, students and seniors.

His unfinished manuscript, Remember This House, was the basis for the award winning 2016 documentary, I Am Not Your Negro, an exploration of the history of racism in the USA.

“One of my earliest idols was an Anglo-Indian goalkeeper called Keven Keelan who played for Norwich in the early 70s just as I was starting to play football as an eight or nine-year old aspiring goalie. He had a great all-green kit and saved a penalty from Ray Graydon in the 1973 League Cup final, although Graydon scored from the rebound.

Also in the 70s, a cricketer called John Shepherd played for Kent as a swing bowler and middle order batsman. I remember watching the John Player Sunday League and being amazed at how he bowled and batted. His performances in the mid-70s helped Kent, my team, do very well.

On into the 80s and I had developed a great interest in boxing. There were so many great boxers back then, but my real boxing hero was Nigel Benn. The aggressive all-out attack for a middleweight was something we hadn’t really seen before in Britain; his punching power was awesome.

Into the 90s and I was lucky enough to be working closely with Cambridge United football club as a Police safety officer where I was privileged to watch the emergence of a young centre forward, Dion Dublin. His goals, strength, and aerial ability helped Cambridge United into the second tier of English football and into the top division play-offs for the only time in their history.

I’ll finish off with a non-sporting hero! Joseph Bologne de Saint Georges was a classical composer, leading symphony conductor, and virtuoso violinist (as well as a champion fencer), and a contemporary of Mozart, whose music will be featuring on my classical radio show during October (Sunday evenings, from 7pm, 104 FM online: https://radioplayer.hcrfm.co.uk/). “

Charles R Drew (1904 – 1950) – “Please can I nominate Dr. Charles R Drew. He was an American doctor who created the first blood banks. He found ways to store and transport blood which proved pivotal during world war II to carryout necessary blood transfusions saving the lives of American & British soldiers. He died in 1950 in a car accident.

As a future doctor myself, I would like to celebrate him and his contribution to modern medicine as a hero this black history month.”

Ife and Emeka Frederick – “I would also like to nominate  Ifeyinwa (Ife) and Emeka Frederick. They are siblings who started the first Nigerian tapas restaurant (Chuku’s), located in Tottenham. Their inspiration is drawn from growing up in a British-Nigerian household and spending time living in Spain. I think they demonstrate innovation and business acumen among young British-Nigerians, while paying homage to culture.  ” Read more.

Last Poets , specifically Umar Bin Hassan, and Abiodun Oyewole – “The Last Poets are a civil rights poetry collective and activists who articulated the pain and inequality faced by the African American community. Their early work is admittedly aggressive as it was inspired by the pain experienced by their generation in the 1960s and 1970s. Their later work speaks to reconciliation and inclusivity.

I had the pleasure to bring them to my Seton Hall University (where I did my MA) to perform. They are incredible and use art as both a vehicle for raising awareness of issues of systemic racism and the need to mobilize for change.”

Yolande Cornelia ”Nikki” Giovanni  - “Nikki, who may be small in stature, leaves a shadow a mile wide with her intelligence, kindness, and social awareness. A widely celebrated poet, Nikki Giovanni is an emeritus professor at Virginia Tech in literature. Her poetry bridges cultural and generational divides to highlight intersections which touch the human spirit and remind us we are all together “on an intergalactic spaceship in the sky.”

Nikki is incredibly approachable and down to earth. I assisted in hosting an event with her for MLK day at EMU and had the chance to have dinner chat with her at length. She has an incredible ability to speak to your soul using imagery which resonates, engages and brings everyone together towards the goal of equality. ”

Chief Obafemi Awolowo (1909 – 1987) – Was a Nigerian politician, writer and statesman. He was instrumental in the Nigerian independence movement and has featured on the 100 Naira note since 1999.

He made me and everyone I know feel proud, and those who had not yet answered their call to service, out of fear, felt compelled when they witnessed the bravery and incredible act of this young man.  Well done Patrick, you have my vote.” 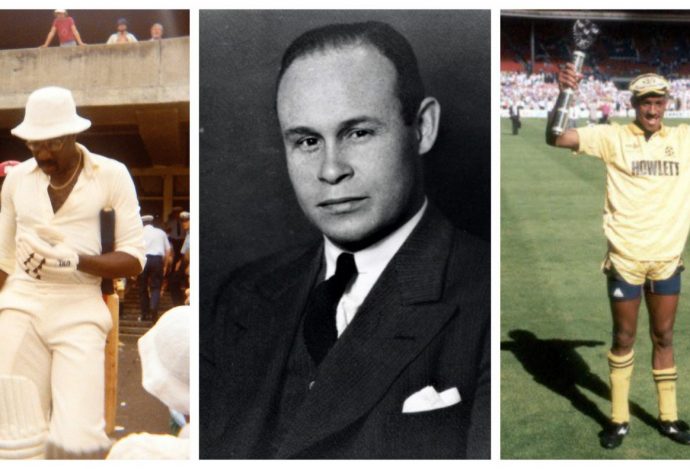