Battle of the Blues

Good luck to our students in the Varsity Matches this Sunday

Hughes Hall has a sporting history to be proud of and this year is no exception. The CURUFC captains named their Varsity Match sides last month which included Hughes Hall MBA students Maggie Simpson and Sam Isaacs. Congratulations to Maggie and Sam on their selection.

The universities agreed to move the match from its usual December date in 2020 due to restrictions imposed as a result of the pandemic. A summer date was agreed, which has allowed the players to return to their colleges and build up fitness prior to the match. For the first time the Varsity Matches will take place at a weekend.

Maggie, playing the inside centre position, spoke to us about the match: “The Varsity Match feels like the culmination of my 12 years of athletic training. I am beyond excited, to a point where I constantly need to remind myself to breathe and remain calm. I know as soon as I step onto the field, the warrior inside will unleash.”

Maggie is a US student and attended the University of California. She has a diverse and high-level sporting background and was inspired by her father to do an MBA and to excel in sports as well as her studies: “The pandemic has made it difficult to train with teammates at the highest level, so the team with the most resilience will win the day, and I am confident that Cambridge is going to show up in a big way.”

The women’s side head into the game in Leicester looking for a fourth win in a row although Oxford lead 20-12 overall.

UK MBA student Sam has a background in management consultancy and has an exceptional rugby record having played professional rugby for Wasps, Nottingham and London Welsh and even a brief stint training and trialling with England 7s. Also a back, he plays on the wing: “This year has been extremely tough for everyone during the pandemic. The whole club has done amazingly to get this event on and I’m extremely excited to play, particularly as earning a Blue and playing in The Varsity Match was a big attraction to doing my MBA at Cambridge.”

The men’s teams have played 138 matches over the years, with Cambridge leading Oxford 64 – 60 and 14 matches drawn. The Cambridge men will be looking to repeat their win of 2019.

“We’ve been preparing intensely for the last few months, and we finally get the chance to put all our hard work to test on Sunday. Hopefully we can give all of the fans travelling something to cheer about.”

The Varsity Matches will be played at Welford Road stadium, home ground for the Leicester Tigers. The Women’s Varsity Match kicks-off at 1.00pm followed by the Men’s game at 3.30pm. For full details on how to buy tickets, or to order the Live Stream of both matches, go to www.thevarsitymatches.com. 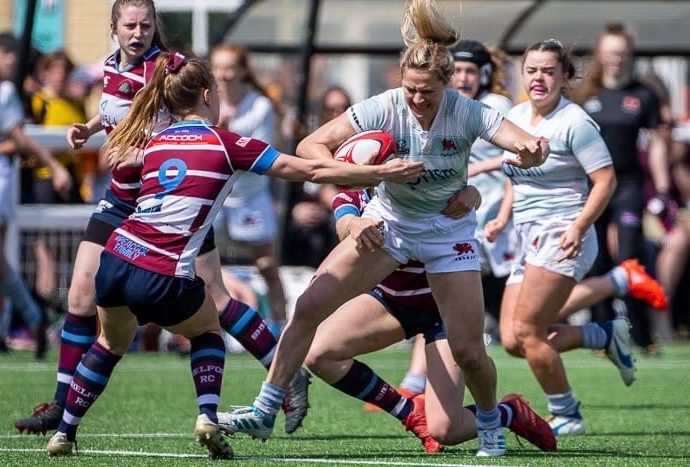