The Art of the Lindisfarne Gospels

The Lindisfarne Gospels are justly celebrated as the pride of the Community of St Cuthbert and as one of the masterpieces of Insular Art. As an artefact, they have been much studied and analysed from various perspectives, but they keep repaying closer attention, because, just as with their sacred text and Lectio Divina, new insights can be gained through meditation on their decorations and their function. The paper will consider afresh the art of the illuminations of the Lindisfarne Gospels, whilst reflecting on the life of St Cuthbert as monk, bishop and hermit as recounted by his biographers and as mirrored in the Gospels, pursuing the theme of light.

Anna gained her first degree in Italy, where she studied Modern Languages and specialised in German Philology. She read History of Art at the University of Cambridge, and her PhD was published as The Iconography of Early Anglo-Saxon Coinage (Oxford University Press, 2003; paperback reprint, 2010). She worked in the Coin Department of the British Museum(and authored the Sylloge of Coins of the British Isles, 63,  British Museum, London 2013) before becoming an affiliated lecturer in History of Art at Cambridge.

Her principal research interests and publications are in Anglo-Saxon coinage, Germanic and Insular metalwork and reliquaries, and she is a contributor to the Visual Commentary on Scripture (King’s College London)   https://thevcs.org/

Those of you who knew Richard, our Development Director, who, in 2017 was so sadly and suddenly taken from us, will remember not only his huge contribution to the College but also his passionate love for the literature, culture and music of his native North of England, and especially of Northumberland and County Durham.

In his memory the College decided to institute a yearly event – a lecture, a recital, or a performance – on Northern themes, which it hopes members and alumni will help to endow. 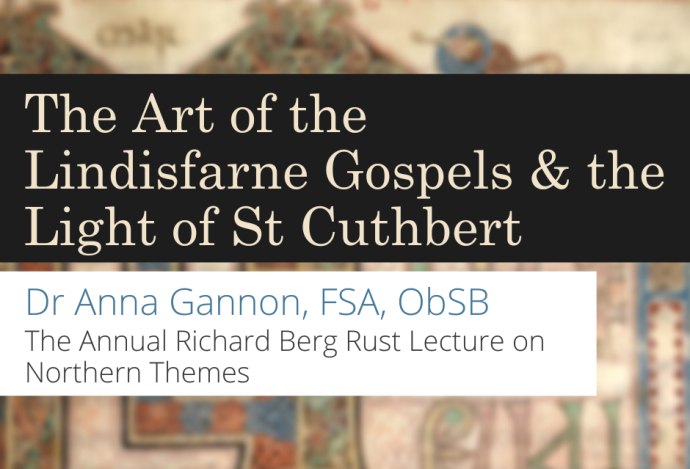