Evening Recital for Piano and Strings

An experienced solo pianist and accompanist, Nigel Yandell has performed and lectured widely in the UK and Europe. He has lived in Cambridge since 2001 and is currently Director of Music, and Director of Studies in Music at Hughes Hall. Formerly a Director of the London Sinfonietta, Pro Corda and Palace Opera, he is a Trustee of the Cambridge University Music Society and represents the CUMS Fund on the newly established Centre for Musical Performance in the University.  He is also a Director of the Stradivari Trust and teaches across a variety of practical/musicianship and keyboard-related skills in the Faculty of Music where he is an Affiliated Lecturer.

Recipient of the Freda Dinn and Ida Marbett Award, St James Chamber Music Prize and Prix de musique de chambre Festival Ravel, Joshua Lynch is a passionate devotee of chamber music and has already enjoyed a diverse and creative career. Joshua studied with Emma Ferrand and Gillian Thoday at the Royal Northern College of Music and then continued his studies with Ursula Smith at The Guildhall School of Music and Drama. He also enjoyed mentoring by Peter Cropper, Oliver Wille and Simon Rowland-Jones.

Joshua is the cellist of the Cambridge String Quartet and the Vectis Duo with his duo partner, pianist Sally Birkett. He has enjoyed several European tours as part of the ‘Le Dimore del Quartetto’ and ‘Lincoln Center Stage’ networks alongside performing at the Wigmore Hall, The Crucible (MitR) and St Martin-in-the-Field. Joshua has also enjoyed performing with the LSO and Britten Sinfonia.

Away from performing Joshua is a passionate teacher and holds the position of cello tutor at the Stephen Perse Foundation and is a chamber music tutor at the Junior Guildhall School of Music and Drama. He is also a regular tutor at ProCorda, Aboyne Cello Festival, NLMS Summer School and Cambridge Chamber Academy.

Stephane Crayton is a composer and violinist based in Cambridge, UK. His work reassesses various social dynamics of performance, staging dialogues between old traditions and new, invented traditions. He has composed for the CBSO, the Ligeti Quartet, and rites, a musical and theatrical collective he co-founded in 2016 alongside fellow CSQ violinist Rachel Stroud and Zephyr Brüggen, which questions and challenges rituals and conventions of the concert hall. Their most recent project, 3 Dreams, wove music for two violins with lectures and recitations of Dante.

Stephane is currently writing a PhD at King’s College, Cambridge, on the subject of disorder in music: its codification, expression, and relation to its social, physical, and notational histories. He is especially interested in the music and writings of Luciano Berio.

Stephane teaches at the Royal Academy of Music, junior department, as well as supervises for the university here in Cambridge.

In his spare time Stephane writes about William Hogarth, and can be found printing in the dark room.

Rachel Stroud is a baroque violinist, and is currently undertaking a Ph.D. in Musicology at King’s College, Cambridge University. After graduating with a first-class degree from Cambridge in 2010, Rachel toured for a year with the European Union Baroque Orchestra before studying at the Royal Conservatory in the Hague with Walter Reiter and Kati Debretzeni.

She now works professionally as a freelance violinist alongside her academic studies, and has performed all over the world in countries ranging from Latvia to Argentina with orchestras such as Music For Awhile, OAE, Brecon Baroque, Ex Cathedra and Les Passions de l’Ame, amongst others. Her research interests include the roles of sociality, agency and objects in performance, and she is currently investigating the relationship between notation and performance in Beethoven’s late string quartets.

Rachel represents the voice of her generation of period performers on the Council of the Academy of Ancient Music, and plays on a baroque violin made by Jonathan Woolston which is on loan to her from Nigel Brown and the Stradivari Trust. 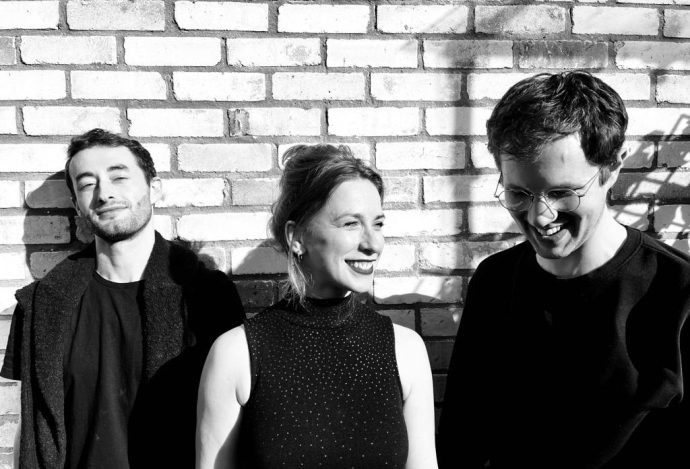