A unique opportunity to enjoy ‘a major contribution to the contemporary cello repertory’ and meet its performers ‘in conversation’.

Wavesongs is an important large-scale work for cello and piano, composed in 1983 by Gordon Crosse and premièred in the same year by cellist and dedicatee Alexander Baillie and pianist Kathron Sturrock in Oxford and at London’s Wigmore Hall.

For this long overdue revival Alexander Baillie will be partnered by pianist Dr Nigel Yandell, our Director of Music, at a concert in Trinity College Chapel, Cambridge. This event will mark the culmination of Making Waves, a project conceived and led by Hughes Hall, with support from Trinity College Music Society. As an integral part of the venture a newly prepared performing edition of Gordon Crosse’s original score has been produced.

Nigel Yandell spoke about the piece: “This 22-minute soundscape, or tone poem, is breath-taking in its originality and power; there is nothing comparable to it in the repertoire for cello and piano. The listener is immediately drawn into a far-away world – offering up fascinating hidden dimensions of expression, deeply embedded in rare textures, colours and layers of rhythmic complexity. The ‘waves’ referred to in the title are not only the sounds of the sea but conjure up abstract shapes and sonorities which stretch into cosmic space.”

“Despite an apparent freedom, the work is composed to a highly specific set of rules and structures, with the starting point a disarmingly simple and distantly remembered fragment of melody from the composer’s childhood. The whole piece is an essay in the expansion and deconstruction of this motif. There are clearly recognisable sections or ‘movements’ which unfold without breaks as the music makes its way towards to a cathartic moment of revelation. Blazing chords of E flat major announce the struggle to be over, culminating in a deeply satisfying moment of release, reconciliation, simplicity and ultimate peace.”

Further concert and ticket details, as well as information of an open-to-all ‘in conversation’ with Alexander Baillie and Nigel Yandell (at Hughes Hall, Cambridge, at 4pm on Friday 11 November 2022) can be found at: www.hughes.cam.ac.uk/about/events/making-waves.

For more information on music at Hughes Hall, see www.hughes.cam.ac.uk/about/news/music-at-hughes-in-full-swing. 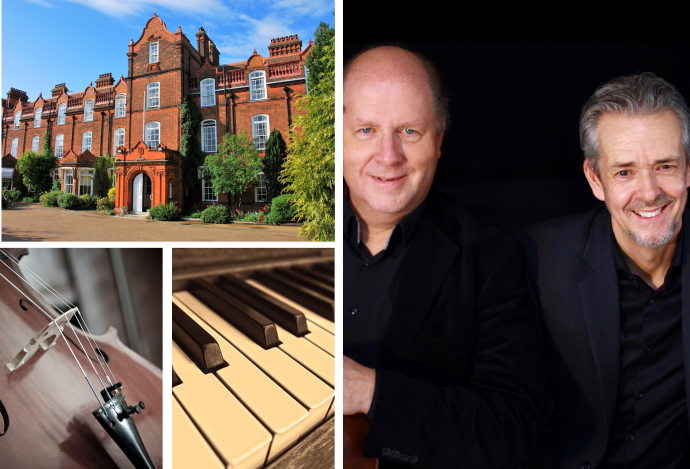