As Senior Tutor, Tori is responsible for ensuring that every student is supported and able to thrive both academically and pastorally.  She works closely with the college’s Tutors and Directors of Studies, as well as those providing for wider student wellbeing and the MCR committee.  She also has her own tutees and is Director of Studies for Classics.

Tori studied for her first degree at Dartmouth College in the United States, and completed an MPhil in Greek and Latin Literature at Oriel College, Oxford (dissertation on the reception of Hippolytus in the twentieth century). Tori studied for her doctorate part-time at the Open University alongside her career in University Administration at the University of Cambridge. Her research investigates thematic clusters in the reception of the Hippolytus and Phaedra myth, via three major source texts: Euripides’ Hippolytus, Seneca’s Phaedra and Racine’s Phèdre. She analyses the three original texts as a collective whole, challenging the idea of a single ‘source text’.  Her thesis looks at the reception of the myth across genre, including drama, dance, opera and film, with a particular focus on adaptation.

Tori’s administrative career began working in admissions and outreach at Wadham College, Oxford, followed by three years as the Operations Manager at the University of Cambridge Disability Resource Centre.  Prior to taking up the role of Senior Tutor at Hughes Hall, Tori served for eight years as Tutorial Department Manager at Jesus College, where she deputised for the Senior Tutor and was a key member of the College’s welfare team.  Tori’s role at Jesus also included developing and leading the College’s COVID management team as well as contributing to the College’s strategic approach to managing the pandemic.

Outside of her tutorial and welfare work, Tori is a mentor for the Disability Resource Centre, and has been a key contributor to the University’s bystander training programme, part of the Breaking the Silence Campaign. 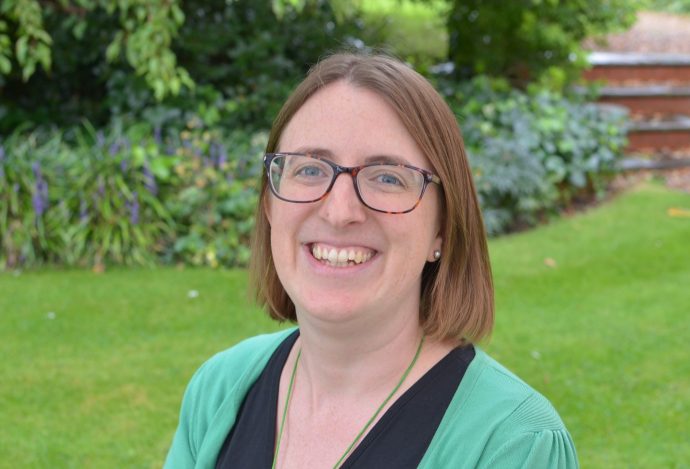