At 17, Hughes Hall alumna Professor Seema Yasmin (2005, Medicine), was advised to ‘lower her sights’. Teachers told her that because she came from a non-academic family and received only a comprehensive state school education, she would never get into university to study medicine.

Discouraged from pursuing her dream, Seema studied for a BSc in Biochemistry at Queen Mary University of London. ‘Part way through my course I realised that I still wanted to become a doctor. Fortunately, I had an inspiring mentor, Dr Joep Lange, a Dutch physician-scientist who fought to end the global HIV pandemic. He encouraged me to apply for one of the new accelerated graduate medical programmes. I decided to try for Cambridge. It seemed such an impossible dream I was too embarrassed to tell anyone and hid the prospectus.’

Seema applied to Hughes Hall and was accepted. Initially she found the University alienating. ‘So many Cambridge students were white and came from much more privileged backgrounds. Fortunately, the mature students on my course and in the college had a greater variety of backgrounds and experiences, and my cohort at Hughes was lovely.’

‘I didn’t want to compromise my identity in order to fit in. Instead, I resolved to find a way to belong, to opt in but on my own terms. It took a while to find students I could connect with and I was so glad to be at Hughes because I found wonderful friends here. The college has a high proportion of state school students which made it a less alienating experience. Hughes is more approachable in many ways. I also enjoyed being one of the first students to live in the new Fenner’s accommodation and acquired a taste for cricket!’

The academic programme was hard and the course challenging, but Seema persevered. ‘Resilience was key. I learned not to be afraid of trying and failing. In the end, Cambridge and Hughes Hall turned out to be exactly the right place for me, as the supervision system supported me and enabled me to succeed. In particular, Dr Jessica White, our Director of Studies, was a treasure – a breath of fresh air and someone who was so outwardly passionate about teaching. She was a wonderful part of the Hughes experience.’

Seema chose to become active in the Cambridge Union Society. ‘I like to jump in at the deep end and having gotten to Cambridge, I thought, why not make a place for myself in what felt like an extremely tight-knit Old Boys’ network. Cambridge taught me how to be at home in different places.’

She returned home to East London to do her Foundation training in a local hospital but was soon seeking a new challenge. ‘I recognised there was “a revolving door syndrome” in the NHS. I would treat patients for particular symptoms, largely ignoring the social factors that had contributed to their ill health. The next week or month, those patients would come back, only sicker. I realised I wanted to do more about the root causes and social determinants of illness.’

A threat to public health

After a year training in clinical research in Botswana, Seema applied to and was accepted to serve as an officer in the highly prestigious Epidemic Intelligence Service at the US Centers for Disease Control and Prevention. She was deployed to investigate and stop epidemics of flesh-eating bacteria, sudden-onset paralysis and vaccine-preventable diseases such as whooping cough, all over the world, including in Native American Reservations, Mexican border towns, and even maximum security prisons.

It was while serving as an Epidemic Intelligence Service Officer a decade ago that she first confronted the public health threat of misinformation and disinformation. ‘Every time I was deployed to investigate a disease outbreak, I was contending with the spread of a pathogen and the concurrent spread of false information about the disease. Sometimes that misinfodemic made it almost impossible for me to do my job.’ Seema decided to go back to education and study journalism. ‘Having wanted to be a doctor for so long, it might seem like a curious decision, but I was witnessing how the spread of false information was unravelling decades of achievements in public health and science. I figured journalism training would enhance my abilities as a public health doctor.’

As soon as she graduated, The Dallas Morning News hired her as its health and science reporter in partnership with the University of Texas at Dallas where she would teach epidemiology.

Seema moved to Dallas in 2014 just weeks before Ebola arrived in the city. All of her training combined and lifted her to the forefront of credible, measured reporting about the epidemic. ‘I had been questioning my career choices because the Ebola epidemic was spreading quickly across West Africa and so many friends and former colleagues were in hazmat suits dealing with the virus over there. I felt guilty – I should have been with them. But when Ebola arrived in Dallas, my combined training in epidemics and journalism became extremely relevant.’

In 2017, Seema was selected as a John S Knight Journalism Fellow at Stanford University, where she spent a year investigating the spread of misinformation and pseudoscience during epidemics. She studied evidence-based strategies for countering health misinformation and disinformation by interrogating the journalistic responses to the Ebola and Zika epidemics.

An Emmy-award winning journalist and Pulitzer prize finalist, Seema is Director of the Stanford Health Communication Initiative, Clinical Assistant Professor in Stanford’s Department of Medicine, and a medical analyst for CNN. Her books include The Impatient Dr. Lange; One man’s fight to end the global HIV epidemic; Muslim Women Are Everything: Stereotype-shattering stories of courage, inspiration and adventure; Viral BS: Medical myths and why we fall for them; and If God is a Virus, a book of poems about Ebola survivors and the role of journalists and medical aid agencies during epidemics. [JW1] Her reporting on COVID-19 and other public health threats appears in The New York Times, Scientific American, Rolling Stone and WIRED, and she regularly appears across media outlets talking about ways to counter the spread of false health news.

This article was published in the most recent edition of the College magazine, Hughes 32 which can be read in full here. 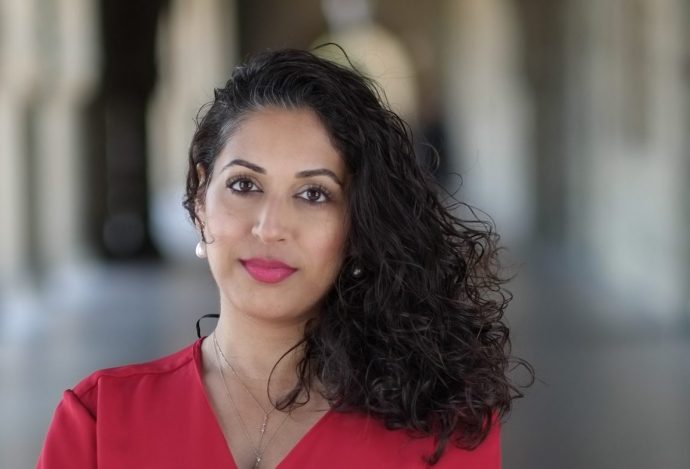