Suzanne obtained her PhD from the world-renowned Paterson Institute for Cancer Research and the Christie Hospital in Manchester where she examined the potential toxic side-effects of chemoprotective gene therapy. This work was a collaborative effort with what was at that time the AstraZeneca Central Toxicology Labs at Alderley Edge.
Following this training period Suzanne moved to a research post at the Babraham Institute in Cambridge where under the guidance of Dr Denis Alexander she began to investigate mechanisms of Lymphomagenesis, a subject that she has pursued to become a world-expert in paediatric lymphomas, specifically Anaplastic Large Cell Lymphoma (ALCL). For the past 16 years Suzanne has been leading an academic research group at the University of Cambridge within the Department of Pathology and based at the Addenbrooke’s Hospital campus in Cambridge. It is here that Suzanne conducts academic research of an international standard and also teaches and examines aspects of the medical, veterinary and natural science tripos. Suzanne is also the director of postgraduate education in the Department of Pathology.
In 2007, Suzanne was awarded the prestigious Leukaemia and Lymphoma Research (LLR; now Blood Cancer UK) Bennett Fellowship and in 2012 a further 5-year senior lectureship award. Amongst her achievements are the inception and establishment of the European Research Initiative on ALCL, a study group that brings together scientists from across Europe to foster collaboration and advancement in this important area of health research. Suzanne was also the lead of ‘ALKATRAS’, a European Union Marie Curie Innovative Training Network of 14 research groups in 7 EU countries and is currently non-clinical chair of the European Inter-Group for Collaboration into Childhood Non-Hodgkin Lymphoma (EICNHL), co-chair of the Cancer Research UK (CRUK) Cambridge Centre Paediatric Programme and biological lead for the National Cancer Research Institute (NCRI) paediatric lymphoma Clinical Study Group (CSG). Suzanne collaborates with a wide array of scientists and labs around the world, most notably the Uganda Cancer Institute in Kampala with whom she is working towards finding better therapies for children with cancer.
Amongst her other interests Suzanne is the scientific advisor to the Alex Hulme Foundation and Francesca Richardson Trust. She is also a member of both the American and British Associations for Cancer Research (BACR/AACR), the Children’s Cancer and Leukaemia Group (CCLG) in the UK and the International Society for Paediatric Oncology (SIOP). Suzanne also sits on the scientific committee of the European arm of SIOP, the MHRA plastics, reconstructive and aesthetic surgery (PRASEAG) committee and the European Commission’s Scientific committee on Health, Environmental and Emerging Risks (SCHEER) working group on breast implants and cancer. In addition, she is a member of the review panels of the World Cancer Research Fund and the Swedish Research Council’s medicine and health review panel. 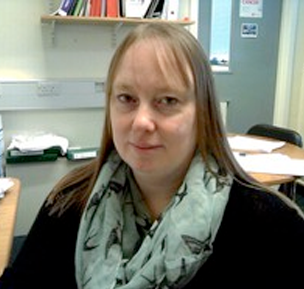