Welcome to our alumni rowers and our new boat

A fantastic day for rowing at Hughes

Saturday (12th June) saw a wonderful afternoon of alumni racing followed by the christening of our new women’s 4+ boat. The racing and naming ceremony were followed by the Easter Term Boat Club Dinner where alumni joined the current college rowers to celebrate the club’s ongoing achievements.

Eleanor Minogue, Boat Club Communications Officer said, “We had a very successful Alumni Day, welcoming back rowers from the 1980s, the early 2000s and also some alumni who graduated in more recent years. Along with a few current students, our alumni took part in racing along the Reach which was followed by the christening of our new boat – the ‘Freeling-Cook’, aptly named after Dr Anthony Freeling, the outgoing President of Hughes Hall, and Jeff Cook, our wonderful senior treasurer who will also be leaving after this term.” 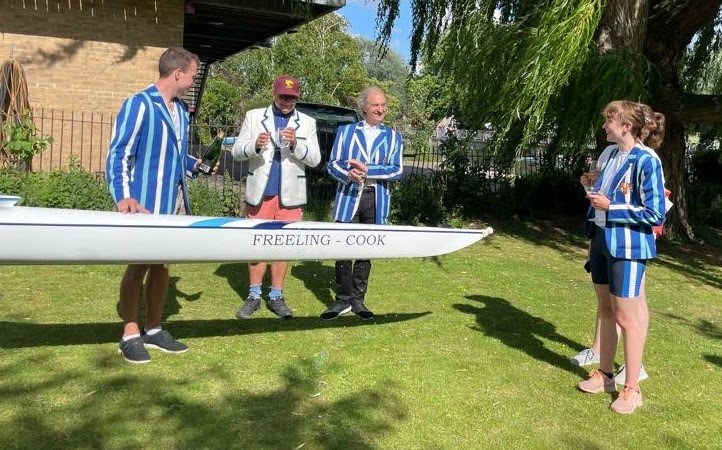 Tomorrow (15th June) sees the return of the May Bumps to Cambridge. We are particularly excited this year as our women’s second crew (W2) qualified in the Getting-On race last week so, for the first time ever, Hughes is entering two women’s crews as well as two men’s crews. A fantastic achievement for everyone involved!

Eleanor said: “W2 are a bunch of amazing people who all learnt to row (and cox!) this year. We are incredibly proud of their hard work and dedication! They will be our first crew on the water this week with a 13:45 start on Wednesday.”

Our men’s boats include highly experienced rowers such as Thomas Lynch and Lasse Grimmer who rowed in Goldie at the Boat Race in March, as well as many others who only took up rowing this year. Similarly, our women’s crews feature the experience of rowers like Imogen Binnian, Boat Club Overall Captain, alongside many enthusiastic new rowers who are getting their first taste of Bumps this week. 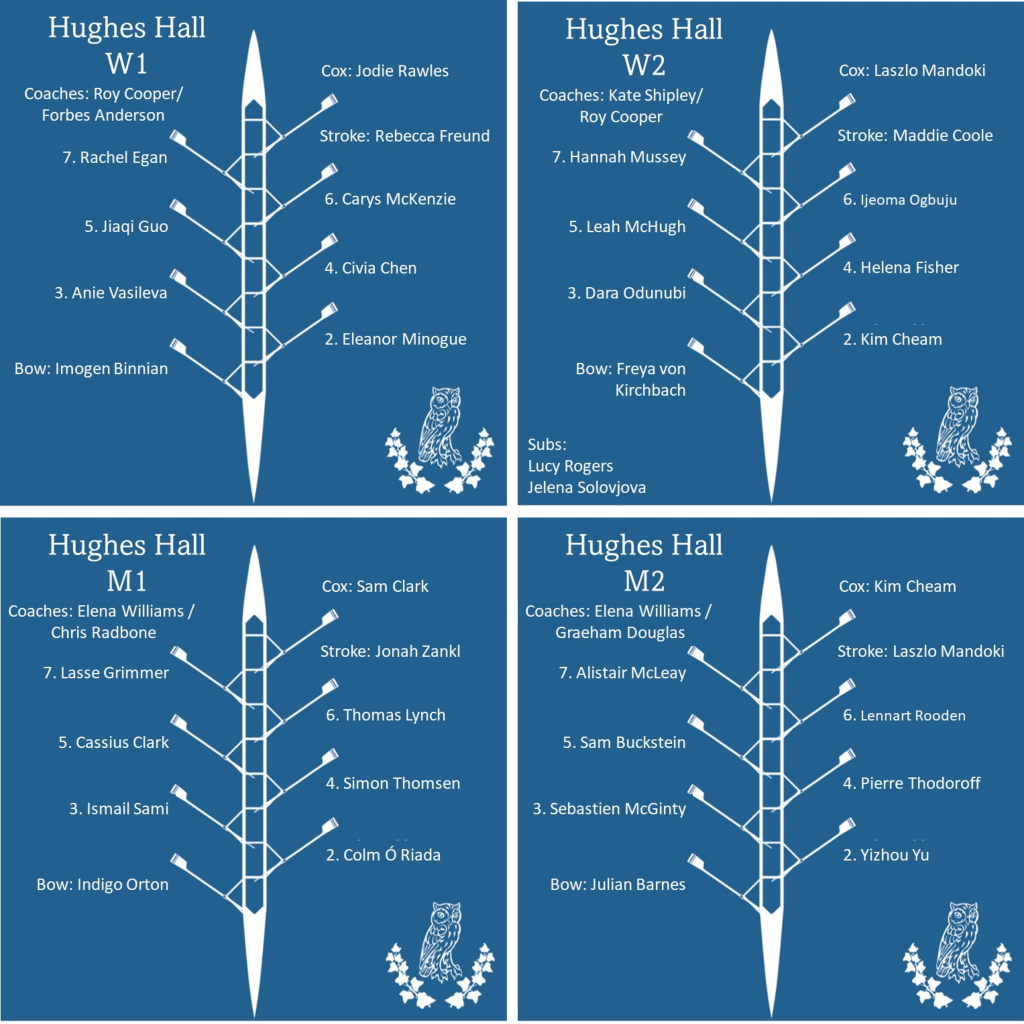 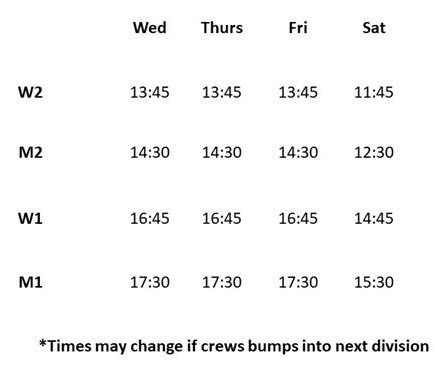 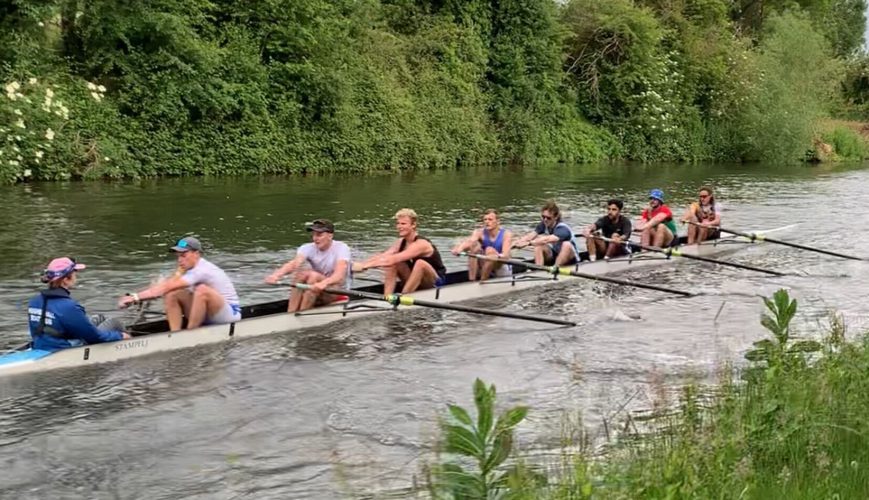 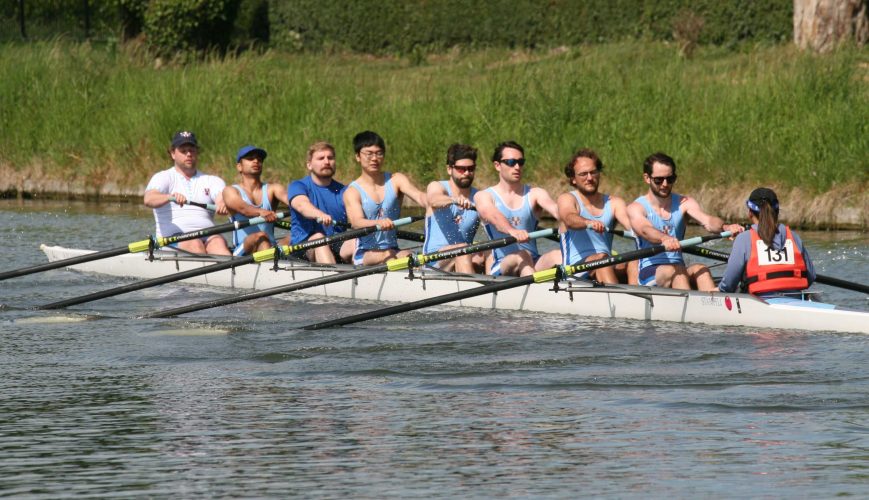 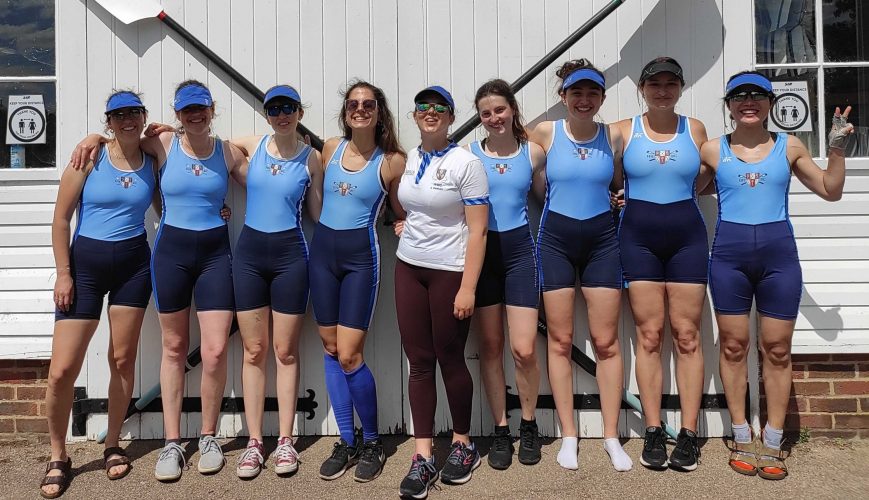 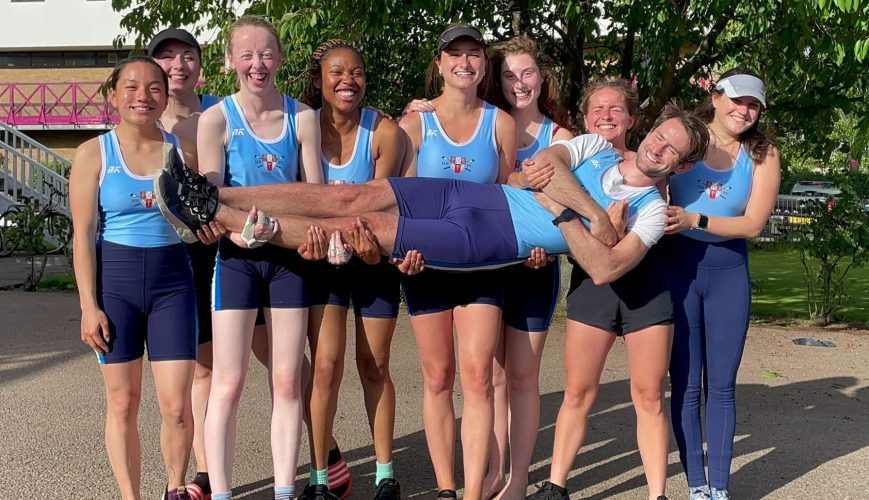 Congratulations to all our rowers on their selection and the best of luck this week! 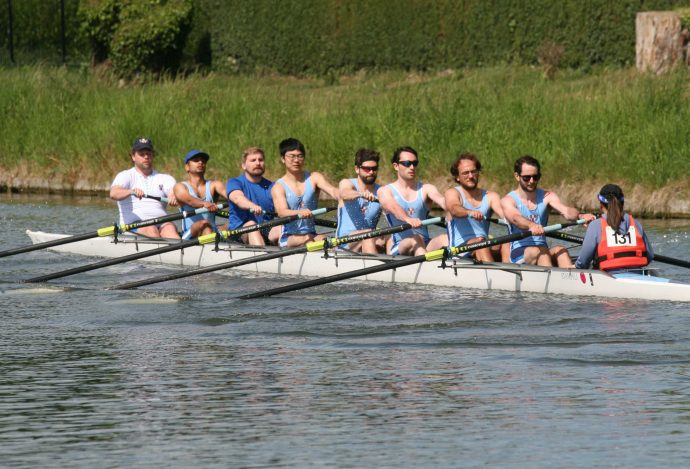