Hughes Hall is delighted to welcome distinguished diplomat and Cambridge alumnus to lead the College.

Sir Laurie Bristow will become the tenth President of Hughes Hall (and sixteenth head of the College since its foundation in 1885) when he succeeds Dr Anthony Freeling whose 8-year term concludes this year. Sir Laurie will take up post in October 2022.

A senior diplomat, Sir Laurie was UK Ambassador to Afghanistan until November last year and prior to that was the COP 26 Regional Ambassador to China, the Middle East, North Africa, Eastern Europe and Central Asia. He served for four years as Ambassador to the Russian Federation and has held other senior diplomatic roles throughout his career, including Ambassador to Azerbaijan and Director for National Security at the Foreign and Commonwealth Office.

Sir Laurie attended Colchester Royal Grammar School and was the first in his extended family to gain a university degree. He studied English Literature at both undergraduate and postgraduate level at Trinity College, Cambridge, and was awarded a PhD in 1991.  He gained an MBA from the Open University in 2001.  More recently, he was made a Knight Commander of the Order of St Michael and St George (KCMG) for services to British foreign policy.

“It is a great honour to be elected President of such an internationally renowned and forward looking College. What I particularly like about Hughes Hall is its egalitarian, warm and progressive culture, and its innovation in addressing the biggest challenges of our day, from climate change and inclusive education to improving diversity across its community. This is a very exciting time to be joining Hughes Hall which has already taken great steps forward, and achieved significant growth, under Dr Freeling’s leadership. It will be a privilege to lead the College through the next stage of its evolution. I look forward to meeting colleagues across the collegiate community – and to being back at Cambridge!”

Professor Nidhi Singal, Vice-President of Hughes Hall, who led the search for a new President, said:

“We are thrilled to have elected Sir Laurie as our next President. His commitment to building diverse, creative and outward looking organisational cultures speaks to the core values of the Hughes community. Laurie brings with him empathetic and inclusive leadership qualities, which are highly valued by our students, staff and Fellows”.

Hughes Hall is one of the largest constituent colleges of the University of Cambridge and is the oldest graduate college. It has more than 50 Fellows, over 200 further senior members from all walks of life, and around 900 postgraduates and mature undergraduates from more than 80 countries. The College is particularly known for its international and inclusive ethos, and through innovative Bridge centres it strives to provide an effective interface between the wider world and the academic excellence of Cambridge. 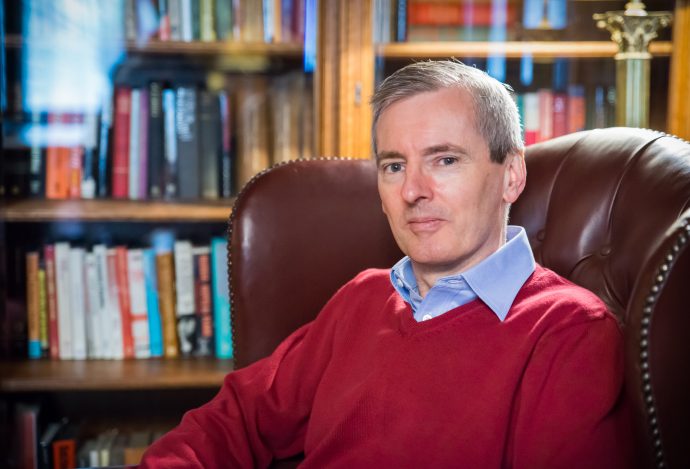