Dara became just the third person in history to represent Bermuda in a rowing event at the Olympics, whilst Husein was the first ever Saudi rower to take part in the pinnacle of sporting competition.

Both also fulfilled opening ceremony flag-bearing duties for their country, with Dara representing Bermuda and Husein rowing for Saudi Arabia.

Competing in Final C, Dara put in his best time of the competition, finishing in an excellent 7:09.91. This left him with an overall position of 18th out of 32 – a superb result.

Suffering a punctured lung just six weeks before the start of the games meant that Husein’s preparation was less than ideal, but he also put in some excellent performances throughout the competition, eventually finishing Final D in 7:52.67, giving him a 24th place overall finish.

Dara is used to rowing success, and whilst at Hughes Hall he featured in the Boat Race twice, winning the event in both 2018 and 2019. He also served at CUBC President in the 2018/19 season.

Husein’s story is somewhat different: remarkably he had never rowed before his time at Hughes, only picking up oars for the first time in 2016 and not training full-time until September 2017.

Congratulations to both Dara and Husein! 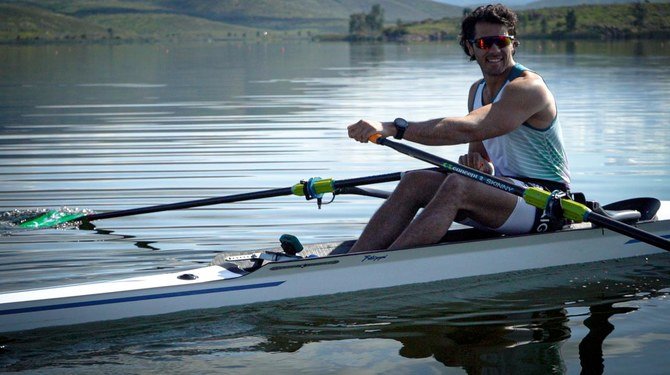