Wonderful – and colourful – scenes at Hughes Hall as Vice-President Professor Nidhi Singal and Praelector Dr Markus Gehring led our Fellowship in a gowning ceremony to welcome Sir Laurie Bristow, 16th Head of House, to the College.

Laurie officially succeeded Dr Anthony Freeling on Saturday, 1st October 2022 when he addressed our new students at College induction, taking his place amongst more than 400 freshers in the College’s 2022 – 2023 Matriculation picture.

Welcome to Hughes: more than 400 freshers joined Sir Laurie and other senior members for the 2022-2023 Matriculation picture and College registration.

His appointment as President was celebrated with a poignant, warm and vibrant gowning ceremony at College on Monday (3rd October 2022) when the official presidential ‘dress gown’ for Cambridge was passed from one of our newest Fellows, Dr Fatmah Mish Ebrahim, to Dr Carole Sargent, our most longstanding Fellow and to Professor Neil Mercer, Emeritus Professor of Education, Life Fellow and Senior Independent Fellow of Hughes Hall, before being presented to (and put on!) our new President.

A colourful welcome: our Governing Body Fellows and Life Fellows joined the Vice-President, Praelector, Senior Tutor and Bursar in celebrating the appointment of our new President.

Declared a College ‘scarlet day’, Fellows were invited to wear their festal, predominantly scarlet, gowns in public, to welcome Laurie to our academic community, before shedding them as a reminder of our more informal approach to collegiate life. With no High Table, and lawns that our students are welcome to walk on, Hughes is known as an egalitarian College with a mutually supportive community committed to putting academic excellence to use for the benefit of all, around the world.

Addressing his fellow Fellows, Laurie spoke passionately about his excitement at returning to Cambridge, more than 30 years after he graduated from Trinity with a BA and PhD in English literature, in order to dedicate the next eight years to furthering the important work being done across the College:

“Having cycled past the College for three years whilst at Cambridge University and living on Mill Road, it is a true privilege to be here today in a very different role, working alongside you all as we further what education, learning and research mean in the 21st Century. And, particularly, what they mean at Hughes Hall, one of the largest and most progressive Colleges in Cambridge, with very clear founding principles built around the transformative power of education; and transforming what a Cambridge College is and does.”

College Praelector and Fellow, Dr Markus Gehring, ‘gowns’ Sir Laurie Bristow in a ceremony to mark his induction as 16th Head of House.

Laurie took the College oath, committing to upholding its purpose, statutes and ordinances, and pledged to dedicate his efforts to Hughes Hall, its people, and the common good:

“Hughes Hall clearly tackles the big issues of the day head-on, from climate change and public health to technological empowerment and societal change. I am excited to play my part in the future of a forward-looking and far-reaching College that is actively changing the world for the better.”

“Quite simply, we are a big College where people work on big ideas and make big things happen. We do our best work here and help others to do theirs, shaping the future of our College and our community. This is a story I look forward to writing with you all.” 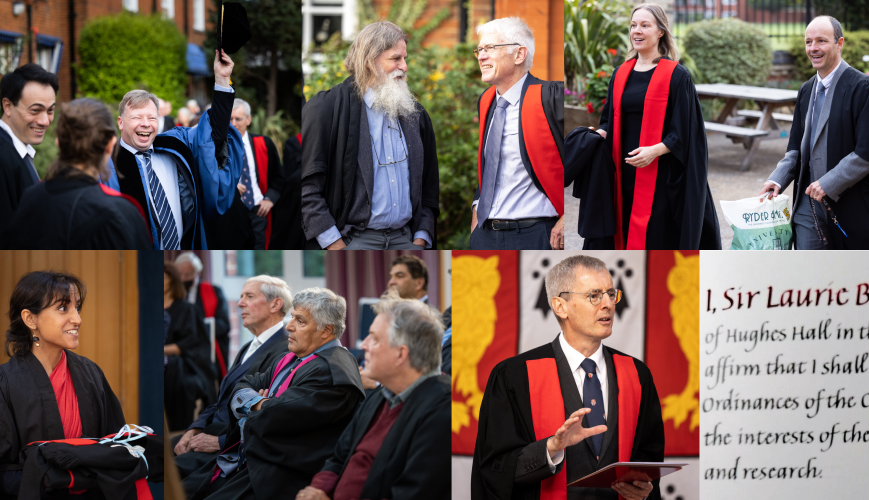 A proud day: “Quite simply, we are a big College where people work on big ideas and make big things happen. We do our best work here and help others to do theirs, shaping the future of our College and our community.” said Sir Laurie Bristow.

Sir Laurie Bristow KCMG was elected to the position of President in March this year, following a 32 year career in diplomatic service. He was Ambassador to Afghanistan during the fall of the Republic to the Taliban in August 2021 and the UK’s subsequent evacuation of over 15,000 people from Kabul airport. He was the UK’s Ambassador to Russia from 2016 to 2020 and Deputy Ambassador to Russia from 2007 to 2010. He was Ambassador to Azerbaijan from 2004 to 2007. Laurie is a Distinguished Fellow of the Royal United Services Institute, and a Senior Associate Fellow of the European Leadership Network. Laurie went to a state school and was the first person in his family to go to university. He was appointed Knight Commander of the Order of St Michael and St George (KCMG) in the 2019 New Year Honours.

Saturday, 1st October also marked the day our former President, Dr Anthony Freeling, took up his new position as Acting Vice-Chancellor of the University at the Senate House where he outlined his vision for the next nine months in the traditional Annual Address. Professor Deborah Prentice, currently Provost of Princeton in the United States, takes over from him in leading the University of Cambridge on 1st July 2023. 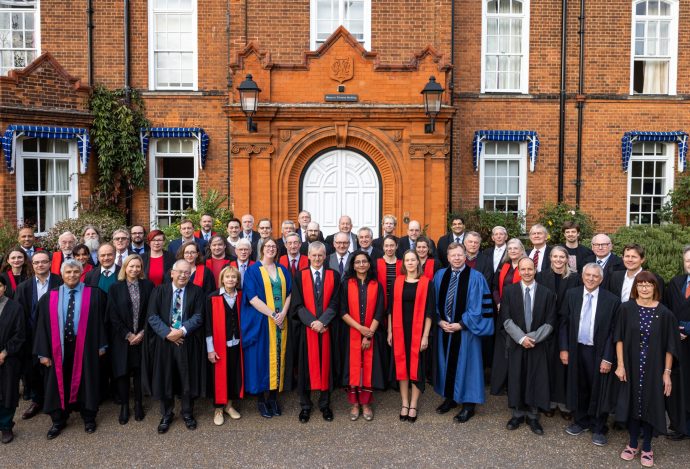