Luca was one of the winners of our Hughes Hall 3MT competition in February. This year, for the first time, our Hughes Hall winners were able to skip right to the finals of the University Competition.

One of eight finalists, Luca – in under 3 minutes (2 minutes and 43 seconds to be exact) – presented his fascinating research on the brain activity of teenagers with depression and how these can be used to better understand treatments for depression. Not bad for a PhD that usually takes 3 years to complete.

Pro-Vice Chancellor for Education Professor Graham Virgo chaired the judging panel which consisted of Public Engagement Heads of University, and the President of Cambridge University Students’ Union (CUSU) Daisy Eyre. Prizes were awarded and Luca was announced as the competition’s runner up and awarded a medal and certificate. 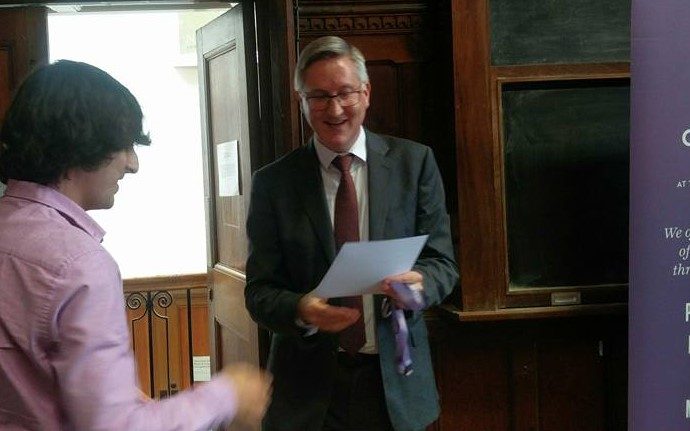