Hughes Hall joins the University and many across the UK and around the world in expressing great sadness at the death of His Royal Highness Prince Philip, Duke of Edinburgh, as announced by Buckingham Palace today (9 April 2021). Prince Philip was Chancellor of the University of Cambridge for 35 years, from 1976 to 2011. He was also the Visitor of Hughes Hall.

The Duke of Edinburgh brought to his role at Cambridge the same insight, energy, and practical good sense that characterised all his public and private work on behalf of the monarchy. Here at Hughes Hall, our fondest memory is when he presented the College’s Royal Charter, on behalf of the Queen, in 2007. The photos below commemorate that pivotal event in our history, with Peter Richards, past-President, and Margaret Wileman, the longest-serving Head of the College. He also visited us in 1992 to inaugurate Hughes Hall’s Chancellor’s Court building, named in his honour, as the then Chancellor of the University.

The Union flag will fly at half-mast until the funeral.

A service at the University Church, Great St Mary’s, at which the City and University will be represented, is planned for Friday 16 April at 6pm, in commemoration of HRH the Duke of Edinburgh. The University’s attendance will be strictly limited and by invitation only, but the service will be streamed and available for staff, students and alumni at https://www.youtube.com/watch?v=D_4w3gSLVB0. A University Memorial Service will be held in due course. 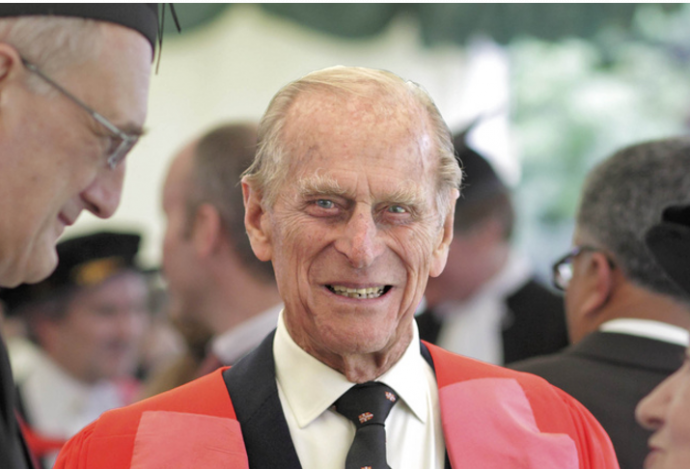