Congratulations to Hengrui Liu, studying for a Biochemistry PhD at Hughes Hall

Hengrui has recently received the Chinese government award for outstanding self-financed students abroad. Chinese ambassador to the UK, Mr Zheng Zeguang, presented the 2021 award in person on behalf of the China Scholarship Council, which saw three Cambridge students being recognised, 30 throughout the UK and 500 globally.

He is hoping to continue his research in pharmacology as a postdoc.

The Chinese Government Award for Outstanding Self-financed Students Abroad is an academic award established by the China Scholarship Council in 2003. This award is given to graduate students studying outside China in recognition of their outstanding academic performance. The government chooses recipients annually based on a record of outstanding accomplishments during PhD studies in any discipline.

This award is the highest award the government gives to graduate students studying outside China who do not receive financial support from the Chinese government. The number of Chinese students leaving China to study abroad is more than half a million each year, which makes this prize highly competitive.

Please get in touch with your news: comms@hughes.cam.ac.uk 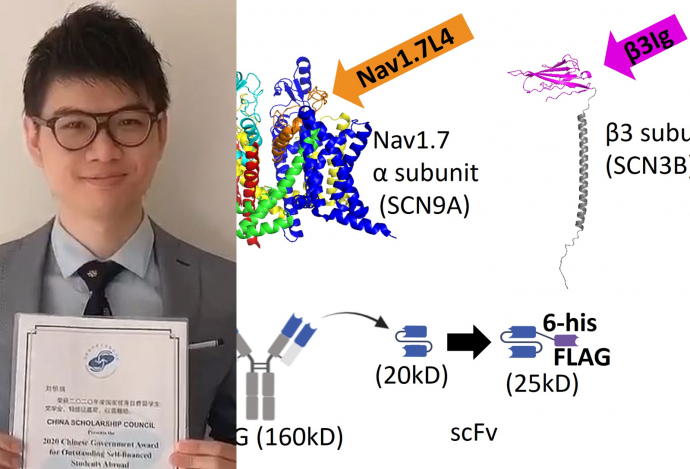