Hughes Hall went Green last week as it aimed to educate people about why sustainability is important to the College, the University and the wider world.

College members and guests also had the chance to hear about what is being done around Cambridge to make the city cleaner and more sustainable, with speakers from Cambridge Zero Carbon Society, Emily Dunning from Living Lab and Vibhuti Patel from FoodCycle. Professor Ian Hodge, a fellow at Hughes Hall, also gave a very interesting presentation on Thursday titled A green and pleasant land after Brexit? which was followed by an informal chat about how land policy is dictated now and post Brexit.

The Green formals were by far the most popular events in the Green Week programme with collectively over 125 people attending them over the two days. The Formals featured an all vegan menu and the feedback from guests was very positive, with one student commenting that he ‘never knew vegan food could taste so good!’.

A representative from the Green Impact Team at Hughes Hall, Heather Macpherson commented: ‘We hope this week created more engagement and interest in sustainability. It was a great starting point for positive changes at Hughes Hall, which will continue into the future’.

The results from the week have been very positive, a speaker from Cambridge Zero Carbon Society has agreed to run a workshop in College on how we can divest from fossil fuels, the Hughes Hall Kitchen now provides vegan milk and butter and the Green Impact team at Hughes Hall has received some great exposure. 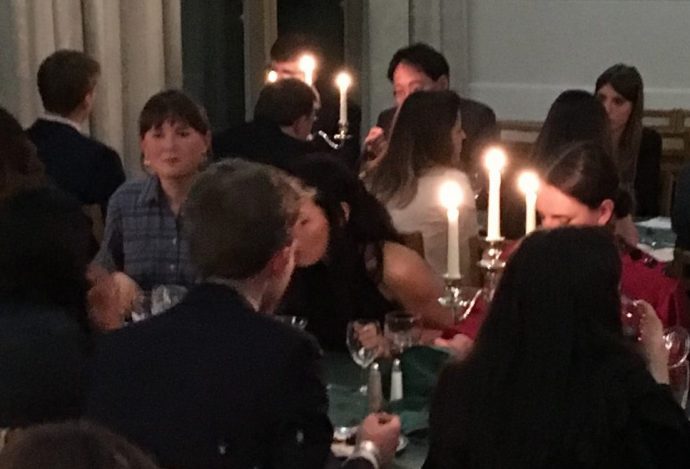