Both teams competed on indoor rowing machines with Cambridge taking home the win in the inaugural ‘Virtual Boat Race’ on Saturday 13 June.

The teams were made up of eight rowers each, with able-bodied, disabled, lightweight and openweight team members rowing a total of 6.8km per team.

Both crews took part in the event to raise money for Power2Inspire, a Cambridge based charity that promotes inclusion in sport. So far the teams have raised over £16,000 for the organisation.

Tom recently retired after an exceptional rowing career which saw him bring him Olympic Gold at Rio in 2016 and Bronze at London 2012 in the Men’s Eight. He also represented Cambridge twice in the Boat Race, in 2008 and 2009.

Miranda, a first year graduate medicine student, is a member of CUWBC and was set to row in this year’s Varsity Lightweight Race. We will no doubt see her rowing in light blue again in the near future. 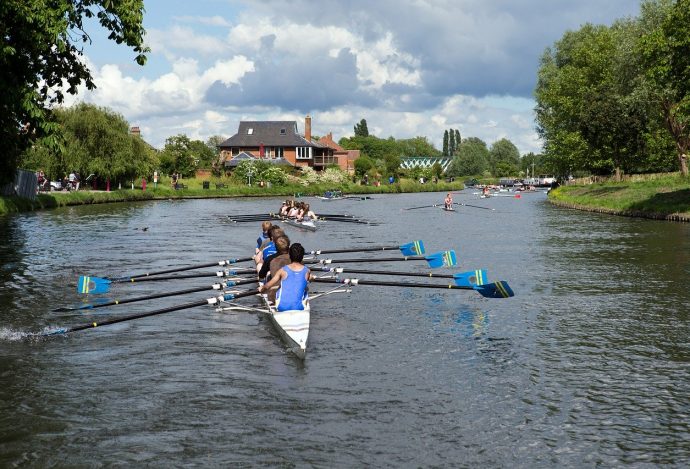