Hughes Hall Associate, Dr Conor Farrington, tells us how Cambridge-based SATAVIA, which combines atmospheric and climate science, AI and numerical weather prediction modelling, is collaborating to mitigate the climate impact of aviation. The company, where Conor is Head of Communications, aims to eliminate up to 2% of human climate impact through smarter, greener aviation. Before joining SATAVIA, Conor spent more than ten years researching and writing on technology as a senior research associate at the University of Cambridge.

The Aviation Impact Accelerator (AIA) is an international group of academics and practitioners assembled by the University of Cambridge to develop an interactive, evidence-based tool to engage decision-makers in the pathways to net zero flight. It is led by the Whittle Laboratory and the Cambridge Institute for Sustainability Leadership.

Conor shared the value of his Cambridge affiliations: “Hughes Hall’s translational knowhow and deep ecosystem connections – specifically the new Centre for Climate Engagement – were vital in establishing the collaboration between SATAVIA and the AIA, leading directly to our membership as an industry partner. By working together, we can significantly reduce aviation’s climate impact.”

Adopting a whole systems approach, the AIA will analyse aviation’s whole climate impact, considering all relevant factors rather than focusing on isolated aspects such as propulsion systems or airframe design. SATAVIA’s contribution will focus on those impacts generated by aircraft contrails. While direct engine emissions account for around 30% of aviation’s climate impact, contrails formed by aircraft at cruise account for up to 60% of aviation’s climate impact (or 2% of all human climate impact). Building on its contrail modelling capacity, SATAVIA will work alongside AIA to clarify the links between contrail formation and other factors such as those arising from sustainable aviation fuel types.

Adding contrail modelling to a whole-system view of aviation’s climate impact can then inform industry’s sustainability strategies in international aviation. SATAVIA’s AIA collaboration runs alongside their recent commercial engagements with partners such as Etihad and Boeing, jointly responsible for the upcoming EY20 Sustainable Flight from Heathrow to Abu Dhabi . EY20 will incorporate SATAVIA contrail prevention alongside a suite of measures aiming to reduce the flight’s climate impact by up to 72%, making it the world’s first commercially-operated flight incorporating both contrail prevention and sustainable aviation fuel.

Conor Farrington is Head of Communications for SATAVIA and is also a freelance writer and novelist. His debut novel, Death on the Trans-Siberian Express, is being published this November by Constable/Little Brown, and is the first of a series of three crime novels set on the Trans-Siberian railway. It has been named Book of the Month for December by London book chain Goldsboros and will also feature in Heffers and Waterstones in Cambridge.

The Hughes Hall’s Centre for Climate Engagement (CCE) was established to increase awareness on the boards of private companies and to inform them of the need for urgent action. Climate change has not been given the priority it deserves on many boards, despite the potential for businesses to contribute in an important way through emissions reduction and by taking advantage of the opportunities presented by the transition to a low-carbon future. The Centre also engages banks, investors, pension funds and regulators – institutions that can and do influence company action. At the same time, it supports academic research into the use of law and regulation as levers to increase corporate climate ambition, and with other relevant disciplines such as economics and marketing.

The Aviation Impact Accelerator (AIA) is led by Cambridge University’s Whittle Laboratory and the Cambridge Institute for Sustainability Leadership (CISL) and includes a team of multidisciplinary experts from across the University together with the Air Transportation Systems Lab at University College London, and the Melbourne Energy Institute at the University of Melbourne. The AIA is in partnership with HRH The Prince of Wales’s Sustainable Markets Initiative, The World Economic Forum, Cambridge Zero, MathWorks, and SATAVIA, and is supported by industry advisors Rolls-Royce, Boeing, BP, Heathrow, and Siemens Energy.

SATAVIA applies data analytics and atmospheric science to make aviation smarter and greener. SATAVIA’s proprietary 5-DX platform generates a digital twin of the atmosphere, simultaneously enabling reduced climate impact through contrail prevention and offsetting (DECISIONX:NETZERO) and smarter fleet condition monitoring (DECISIONX:FLEET), alongside a suite of 5-DX digital twin use-cases. Combining deep aerospace connections with an agile start-up culture, SATAVIA is able to scale quickly and adapt to new opportunities and partnerships. Rooted in scientific and technological acumen and working with leading players ranging from Microsoft to Airbus, SATAVIA embodies an entrepreneurial mindset with the ambition to transform the relationship between aviation and the environment. 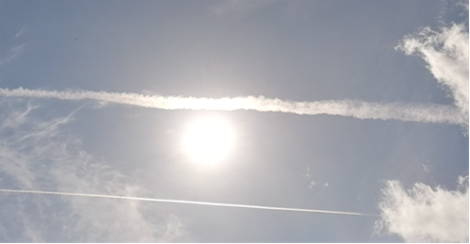