Welcome to the fourth and final part of our series celebrating the lives and achievements of our Black History Month heroes.

Throughout the month we’ve received over 50 nominations from staff, students and senior members, including sportspeople, politicians, civil rights activists, poets, actors, musicians, scientists and more. Thank you to all who have contributed.

Leontyne Price – Is an award winning American soprano and a pioneer among female African American artists. She is credited as an inspiration for a whole generation of singers and took centre stage in the 2017 documentary The Opera House, an exploration of the history of the Metropolitan Opera.

CLR James (1901 – 1989) – CLR James was a historian, journalist and political activist. He wrote Beyond a Boundary, a book that is part social commentary and part cricket book, and is widely considered to be one of the greatest sports books ever published.

Leopold Senghor (1906 – 2001) – Leopold Senghor served as the first President of Senegal between 1960 and 1980. Not only was he a prominent statesman, but also an esteemed poet.

Awarded many honorary degrees throughout his life, he was also made Grand-Croix of the Légion d’honneur and a member of the Académie Française.

Multiple – ‘Few voices still sound from my university years but a number of those that do are from bold, black, feminists’ texts that spoke of otherness, intersectionality, unwritten histories, and unseen bodies; challenging selective feminism. Thank you Audre Lorde, bell hooks, Nawal el Saadawi, Jackie Kay and many others for inspiring me to keep writing.’

Prof. Stuart Hall (1932 – 2014) – Cultural theorist and sociologist. A pioneer of cultural studies, Prof. Hall founded the Birmingham School of Cultural Studies (what would later become the Centre for Contemporary Cultural Studies or CCCS).

“He was a great inspiration to many young social scientists, of different ethnicities and nationalities. ” – Prof. Neil Mercer, Senior Member

As the South African public protector (a quasi-judicial administrative oversight body responsible for investigating and redressing maladministration, corruption, executive ethic violations and related improprieties in state affairs) she had the ability to address corruption and did so with extraordinary courage, grace and patriotism.

She is now a Law Professor at the University of Stellenbosch, where she does and coordinates social justice research, and teaches constitutional and administrative law. She is also the founder of the Thuma Foundation, an independent democracy leadership and literacy social enterprise. ”

W.E.B. du Bois (1868 – 1963) – “I would like to nominate W.E.B. du Bois, one of the founders of the discipline of sociology who – long before the idea of intersectionality became fashionable in social scientific discourse – offered incredible insights on how race, class and gender combine to structure an person’s place in society.”

Workneh Dechasa – Workneh worked for Camden Council for almost a quarter of a century and was responsible for the achievement of children from families in communities who had refugee or asylum status – or who were second generation members of these communities. He ran the Camden Refugee Forum and co-ordinated the council’s support for supplementary schools. He was a true community leader.

“He would personally oversee the support of very vulnerable learners – making sure they got the expertise needed. Headteachers, social workers – even the borough police – and of course my fellow Council officers were in awe of his ability to solve problems, diffuse tensions and to establish lasting processes that have stood the test of time. He empowered the Council, schools and communities to work together creatively and successfully.

He had an amazing ability to communicate, to inspire trust and confidence and to empathise with everyone and I learned an immense amount from Workneh in the six years I worked with him before he tragically died of cancer last year. He had planned to return to his village in Ethiopia when he retired and build a school in order to save the village’s children a 20 mile round trip. His family and many friends have now taken on that task themselves.” 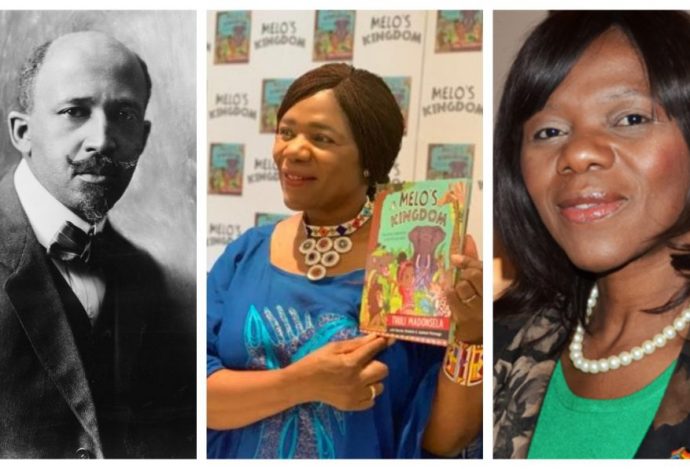