There’s much to celebrate at Hughes this week after a triumphant return to the river; all the sweeter after two years without any Bumps. This year, HHBC had four crews competing in the Mays, a record for the club.

“Hughes Hall Boat Club wrapped up the 2022 May Bumps by delivering the finest overall performance in the history of the College – with the crews bumping up eleven times and getting bumped zero times over the four-day campaign.”

“The Men’s First Boat (M1) also set a new and historic milestone by becoming the first crew from Hughes ever to bump into the First Division, and did so in spectacular fashion by bumping up five places in four days – thus also winning its so-called Super Blades as well as the right to display the College Flag during its return victory row. Well Done!” 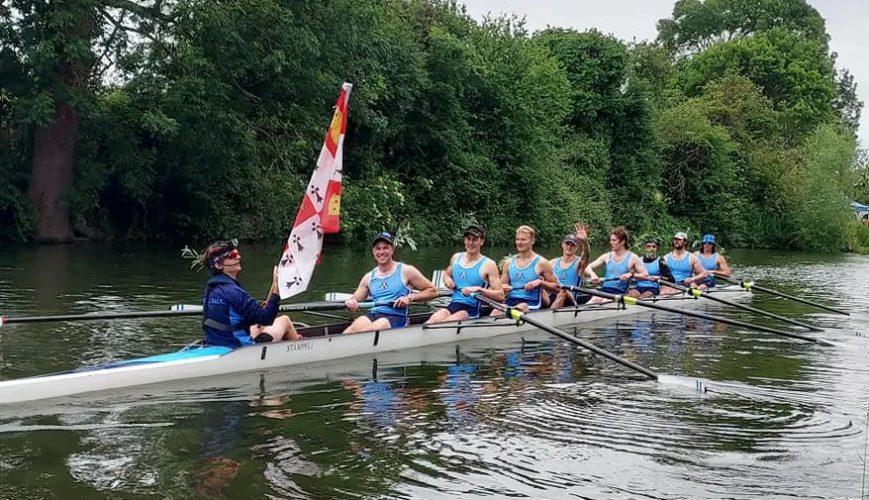 M1 included some very experienced rowers and were determined to bump up – which they did very quickly and in great style! In fact, commentary on the river suggested the M1 crew were bumping so fast (39 strokes was the fastest of the week) that they had probably rowed the least of any boat on the river in spite of their five races! M1’s strengths were honed by an exemplary Cox, Sam Clark, whose skills were recognised recently at Champs Head where he won Champion Cox.

After four days of row-overs in the Lent Bumps, our Women’s First Boat (W1) were keen not to let history repeat itself.

Women’s First Boat getting a bump; and celebrating their successful week, with Cox, James Friend

“W1 headed into their Mays campaign with confidence and Day 1 saw them pulling away from Catz easily with a whistle on Emma off the start sequence. Unfortunately Emma caught Eddies thus escaping Hughes’s clutches and we rowed the rest of the course in hot pursuit of the overbump on Clare W2. On Day 2, we bumped up, catching Eddies so emphatically their cox threw both arms up.

“On Day 3 Hughes showed off their well-earned technique and togetherness in a great rowover, and held another rowover on the final day, rowing the whole course just a length behind Trinity Hall.”

The women’s first crew were very pleased with their net positive result, and especially to have remained undefeated in both the Lents and Mays this year.

Our Men’s Second Boat (M2) included experienced rowers alongside those new to the sport and also had a fantastic week, bumping up into Division Three and ending their Bumps campaign up 3. 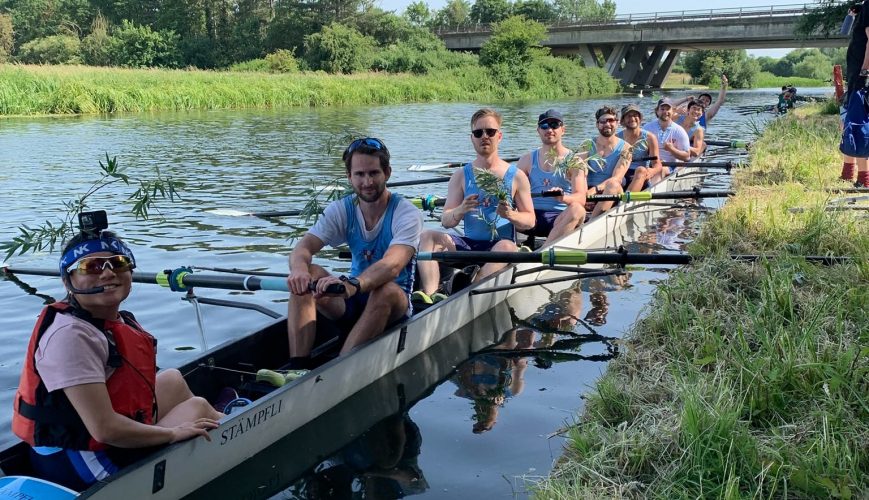 Hughes Hall Men’s Second Boat, coxed by Kim Cheam, bumped up 2 on Day 1 into Division 3 and bumped up again on Day 3

Our Women’s Second Boat are the first W2 crew we’ve ever had successfully qualifying for the May Bumps. With a crew of new and dedicated rowers, they succeeded in getting two bumps and two rowovers – a fantastic performance from a crew with a great deal of promise for future Bumps success. 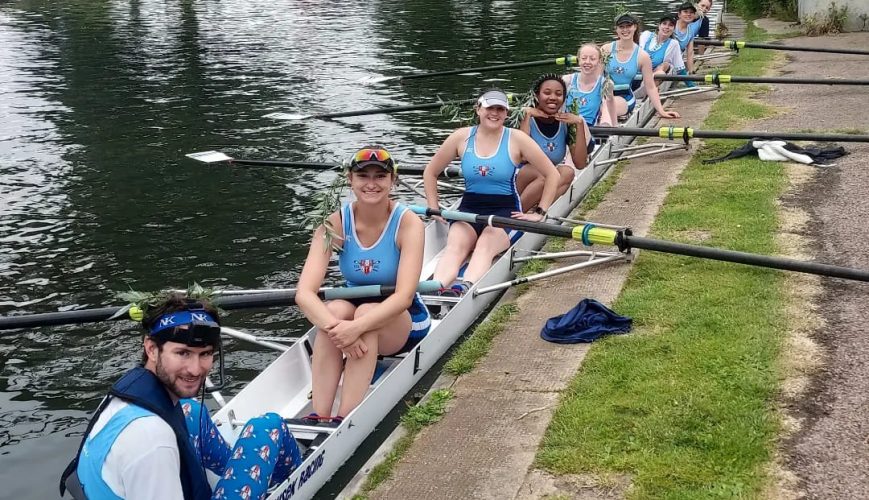 For the full results: https://bumps.camfm.co.uk/?allboats=true#.YrGf0EbMJPY 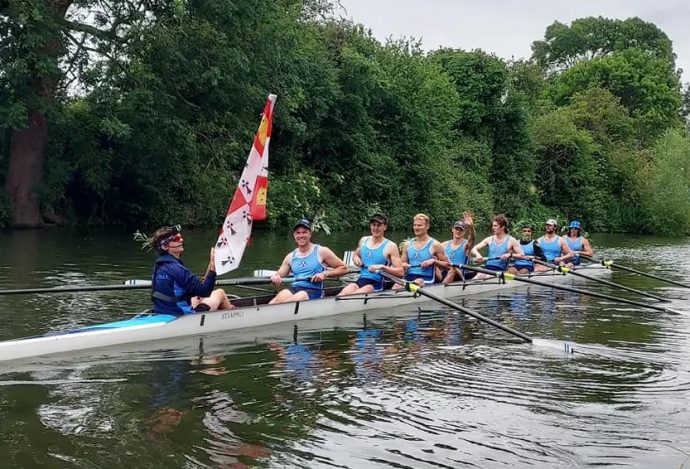