An evening of folk and acoustic rock at Hughes

Kites Collective is a band whose diverse repertoire of folk and acoustic rock, and both popular and original songs, performed in their usual relaxed and entertaining manner, provides an experience not to be missed.

Kites will be returning to Hughes Hall on 16th November at 7.30 pm, playing in the Pavilion Room.

Their album, Lost Legions, launched in a concert at Leicester Guildhall, has had excellent reviews: ‘It felt like I’d met an old friend….Lost Legions has some great songs on it.’
Mike Harding, The Folk Programme

‘Throughout the album, which I might add, I enjoyed immensely, I kept hearing snippets of early sixties, influences of folk mixed with Americana and some purposeful acoustic moments spent in smoky clubs…’ Folkwords. 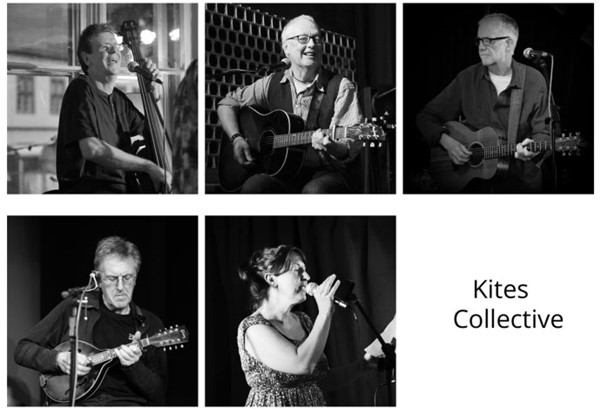