College members are invited to the second concert in the Stradivari Concert Series for this academic year when renowned Albanian violinist Alda Dizdari will be performing .

Alda has been enjoying great critical acclaim lately.  An article about her appeared in the Sunday Times Culture Magazine on 7th October, focusing on her passion for Elgar, in particular his Violin Concerto.  Her research led to the publication of a book she has written about the composer called Kiss Me Again: A Memoir of Elgar in Unusual Places.  Following the launch of the book in the Cadogan Hall on 14th October, Alda was interviewed on BBC Radio 4’s ‘Today’ programme and also appeared on ‘In Tune’ with Sean Rafferty on the 12th performing some Elgar and talking about the book.

Some years ago The Stradivari Trust set up a scheme to acquire on Alda’s behalf a beautiful violin bow by Dominique Peccatte (c 1850), which she is currently in the process of buying back.  Peccatte (1810-1874) worked in Paris, beginning at J.B. Vuillaume’s workshop in 1826 before joining François Lupot ten years later, eventually taking over the business after Lupot’s death.  He is widely considered to be one of the most influential bow-makers of all time.

Alda will be performing a programme which of course includes Elgar as well as Szymanowski (Mythes) and Ravel (Tzigane). She will be accompanied by pianist Tom Blach.
The concert will begin at 6pm (doors open at 5.45pm) and will be followed by a drinks reception.
As places are limited please respond as soon as possible if you would like to attend.
Kindly RSVP to Kate Lee by phone 01223 353070 or email instrument.schemes@googlemail.com.
Parking is available at the college. 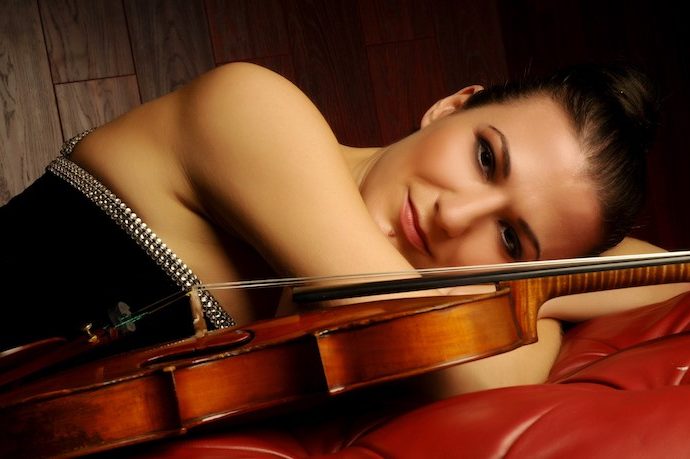