Students and academics at the University of Cambridge are warmly invited to join this event to hear from Nigel Topping, the UN’s High Level Climate Action Champion for COP26.

Nigel will reflect on achievements and challenges at COP26 in Glasgow in November 2021, and the priorities for 2022 working towards COP27 in Egypt in the Autumn.  Nigel will highlight the critical action needed by business, finance, cities and regions to accelerate the net-zero transition and suggest how young people and students can get involved to make a difference in the next steps towards the UN-backed Race to Zero and the Race to Resilience.

The event will include a Q&A with the audience and will be followed by drinks and networking. Registration is from 17.45-18.00.

Places are limited, and restricted to students, academic and staff of the University of Cambridge. Places will be allocated at the organiser’s discretion. We suggest registering early to avoid disappointment. BOOK NOW

Nigel Topping is the UN’s High-Level Climate Action Champion for COP26, appointed by the UK Prime Minister in January 2020 and will serve until COP27. The role of the High Level Champion is to strengthen collaboration and drive action from businesses, investors, organisations, cities, and regions on climate change, and coordinate this work with governments and Parties to the United Nations Framework Convention on Climate Change (UNFCCC).

Since his appointment, Nigel, alongside the COP25 High Level Champion Gonzalo Muñoz, established the Race to Zero – a global campaign to commit all actors to net zero by 2050, the Race to Resilience – a global campaign for secure the resilience of 4 billion people by 2030, and the Glasgow Financial Alliance for Net Zero (GFANZ) – a coalition of existing and new net zero finance initiatives.

Prior to his appointment, Nigel was CEO of We Mean Business, a coalition of businesses working to accelerate the transition to a zero carbon economy. Prior to that he was Executive Director of the Carbon Disclosure Project, following an 18 year career in the private sector, having worked across the world in emerging markets and manufacturing. 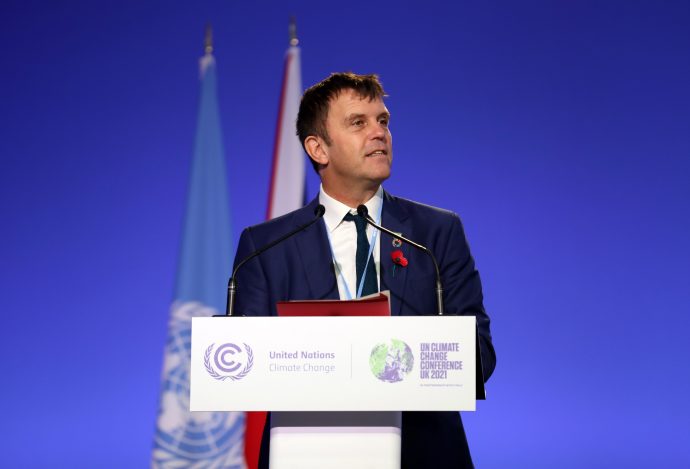