Hughes Hall Life Fellow Neil Mercer makes a welcome return with the Kites Collective, who will be playing their usual mixture of folk and acoustic rock music (including their original songs). Neil will be performing on mandolin and guitar,  and the band includes the star vocalists Heidi Carascon, Phil Riley and Ian Spratley, supported by Tim Smith on bass.

Some members of Hughes will first have heard Phil and Neil perform with guitar and mandolin at the memorial event for Richard Berg Rust in 2017; and with the rest of Kites Collective they last performed at the college just before the lockdown, in March 2020. Their album, Lost Legions, which was launched in a concert at Leicester Guildhall, has had excellent reviews:

‘It felt like I’d met an old friend….Lost Legions has some great songs on it.’
Mike Harding, The Folk Programme

‘Throughout the album, which I might add, I enjoyed immensely, I kept hearing snippets of early sixties, influences of folk mixed with Americana and some purposeful acoustic moments spent in smoky clubs…’ Folkwords

You can sample their music by clicking here and here.

So that we have an idea of numbers, please sign up using the Eventbrite link, which will appear shortly.

Drinks and nibbles will be available. 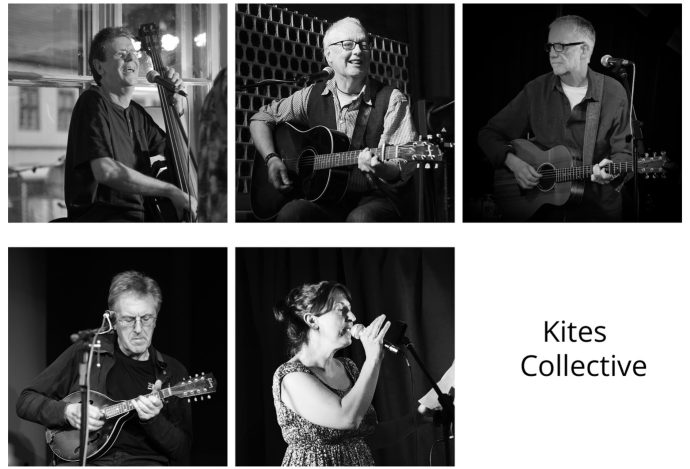