From Atoms to the Cosmos: the Irish Tradition of the Divisions of Time in the Early Middle Ages

Hughes Hall in conjunction with the Department of Anglo-Saxon, Norse and Celtic invites you to the nineteenth Kathleen Hughes Memorial Lecture, ‘From Atoms to the Cosmos: the Irish Tradition of the Divisions of Time in the Early Middle Ages’ given by Dr Jacopo Bisagni, Discipline of Classics, National University of Ireland, Galway.

In 2000, initially supported by an anonymous benefaction, Hughes Hall instituted an annual lecture to be given in the Easter Term in memory of Dr Kathleen Hughes, who at her death in 1977 was a Reader in Celtic Studies in the Department of Anglo Saxon, Norse and Celtic. Her special field was the early Irish Church but the lecture series has ranged over a wide field of early medieval studies.

Everyone is welcome to attend this free event. The talk will be followed by a drinks reception. 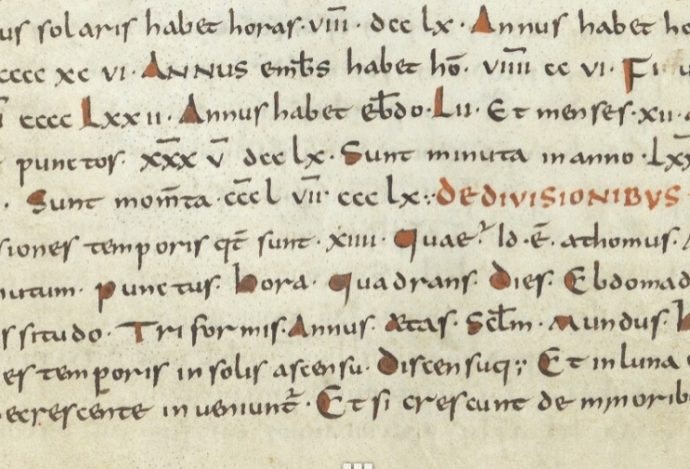