Evening Recital for Viola and Piano

All welcome, including non college members. No admission charge.

Please book your place via the Eventbrite link  – click here.

Since studying at Cambridge University and the Royal Academy of Music with John White, Martin has enjoyed a wide ranging career as quartet player, soloist and teacher.

As a member of the internationally renowned Maggini Quartet he has played throughout Europe, North America and the Far East. With the Quartet and other groups he has recorded more than forty discs and has won major prizes including the Gramophone Award and the Diapason d’Or. In 2009 he won the Royal Philharmonic Society Award for Chamber Music as a member of the Britten Sinfonia Soloists Ensemble.

Martin appears frequently as a soloist. His repertoire embraces the major works for viola. His programmes often include rarely heard pieces, particularly by British composers and several works have been written for him, including concertos by Adam Gorb and David Gow. Since making his Royal Festival Hall concerto debut with the London Mozart Players, notable solo appearances have included the broadcast premiere of Sir Peter Maxwell Davies’s Strathclyde Concerto No.5 with the composer conducting and the first concert performance of Britten’s Portrait No.2 in London and on tour with Martyn Brabbins and Sinfonia 21 in Russia. He was the soloist in rare performances of the Maconchy Romanza with the Ambache Chamber Orchestra and the Dale Romance with Vernon Handley conducting.

His recordings for Naxos of all the music for viola and piano by Bax plus a disc of English Viola Sonatas with Julian Rolton received wide critical acclaim, including a 5-star review in the BBC Music The Scottish Viola: a tribute to Watson Forbes was released on the Nimbus label in 2012 and a disc of the viola music of Benjamin Britten and Frank Bridge was released in 2014, also on Nimbus, to great acclaim.

An experienced solo pianist and accompanist, Nigel Yandell has performed and lectured widely in the UK and Europe. He has lived in Cambridge since 2001 and is currently Director of Music, and Director of Studies in Music at Hughes Hall. Formerly a Director of the London Sinfonietta, Pro Corda and Palace Opera, he is a Trustee of the Cambridge University Music Society and represents the CUMS Fund on the newly established Centre for Musical Performance in the University.  He is also a Director of the Stradivari Trust and teaches across a variety of practical/musicianship and keyboard-related skills in the Faculty of Music where he is an Affiliated Lecturer. 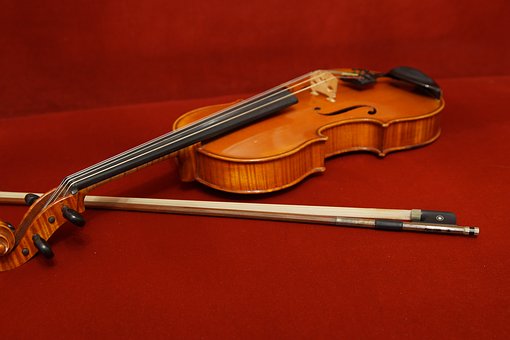