We are delighted to invite you to an informal Hughes Hall alumni breakfast at the Grand Hotel Stockholm, hosted by our new Hughes Hall President, Sir Laurie Bristow.

RSVP: Please email us at development@hughes.cam.ac.uk to confirm your attendance.

About Laurie: Sir Laurie Bristow KCMG was elected to the position of President in March this year, following a 32 year career in diplomatic service. He was Ambassador to Afghanistan during the fall of the Republic to the Taliban in August 2021 and the UK’s subsequent evacuation of over 15,000 people from Kabul airport. He was the UK’s Ambassador to Russia from 2016 to 2020 and Deputy Ambassador to Russia from 2007 to 2010. He was Ambassador to Azerbaijan from 2004 to 2007. Laurie is a Distinguished Fellow of the Royal United Services Institute, and a Senior Associate Fellow of the European Leadership Network. Laurie went to a state school and was the first person in his family to go to university. He was appointed Knight Commander of the Order of St Michael and St George (KCMG) in the 2019 New Year Honours. 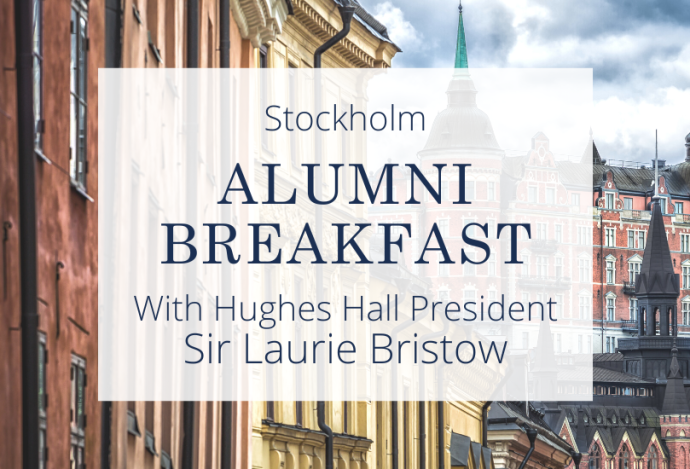