Our 2016/17 MCR committee officially handed over to the incoming committee for 2017/18 at a special handover hall last week.

The new committee will be led by CGCM student Harry Holkham as MCR President. His role as President is to represent the views of students at College level meetings and work with the MCR committee to put on a collection of events throughout the year – from the classic Cambridge Bop to academic, cultural and welfare events. The role of the whole committee is to try and allow students to get the most out of their time at Hughes. He commented: “I’m really looking forward to working with the rest of the committee, as well as the College Staff and Fellows to serve the student population of Hughes Hall. Our immediate priorities are to look at the welfare provisions during the exam term, summer storage and end of year celebratory events. After this we can move onto planning the welcome for the new intake of Hughesians”. 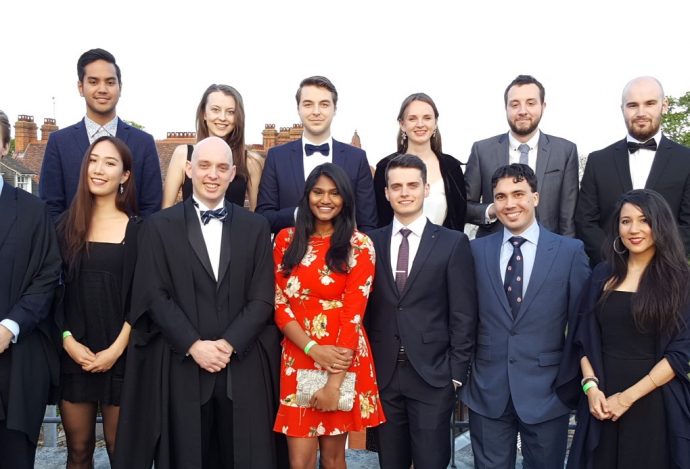