In conversation: A President’s Farewell

As we say goodbye to Hughes Hall’s fifteenth Head of House, Dr Anthony Freeling reflects on his role, the changes in the college, and the challenges that lie ahead.

When you took up the presidency, you had already been a Fellow for six years. What did you hope to achieve as President?

I was inspired by the huge potential that Hughes Hall had as a graduate college in the second decade of the 21st century, particularly given the changing role of the University itself with its ever-increasing emphasis on graduates. It was not sufficient to create more opportunities, but also to develop the opportunities that already existed to take the college and its members forward. Our strategy has been to position Hughes Hall so that it can become the Cambridge college for this century.

How did you set about achieving that?

My time here inevitably has to be split into pre and post COVID.

For the first five years things went extremely well. We grew our numbers significantly in each category of membership: undergraduate, Master’s and doctoral students, postdoctoral researchers with a difference, Senior Members and Governing Body Fellows. We developed our reputation across the University. We were able to support our whole community much better by clarifying and enhancing the financial, administrative, communications, support and welfare systems within the college. 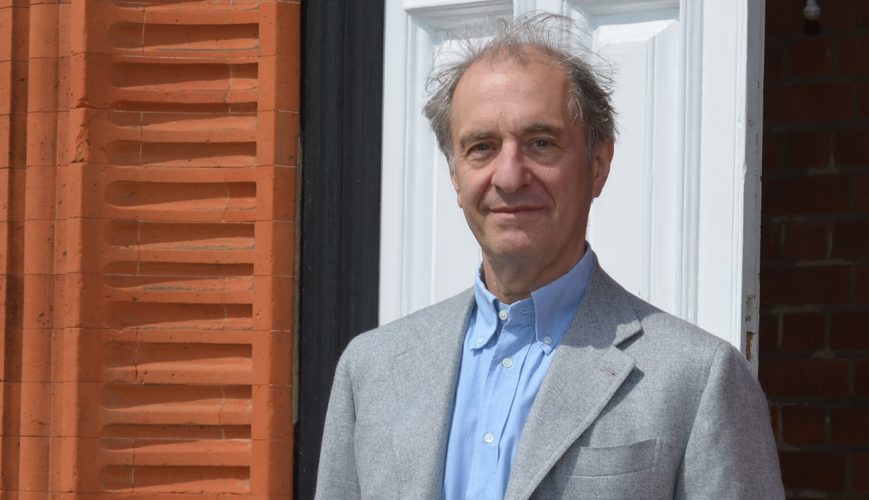 I am just one in a long line of Hughes Hall Heads of House, who has hopefully enabled a remarkable and constantly evolving College to flourish.

By 2019, we had good staff, great students, and our finances were in sound order. We also had some unique initiatives, in particular the Bridge. These were beginning to make a real mark not only within Cambridge but also in the wider world. We were ready to power ahead and build on them. There was a real buzz around college.

And then we had COVID.

I believe that Hughes got through COVID extremely well, and this was due in a large part to the strong systems and processes we had put in place and the great teams we had developed as well as the sheer resilience of staff, seniors and students. But the inevitable turmoil over the last couple of years has meant our community has been stretched and strained, and another rebuild is required as we take a breath and recover.

How has Hughes Hall changed over the last eight years?

We are a lot bigger and a lot better. We were able to reinvest the financial benefits of this growth into a programme of continual enhancement of the student education, experience and wellbeing. This was amplified by the generosity of our donors – a mix of loyal alumni, foundations and non-alumni friends – enabling us to invest in academic staff, students and scholarships. Social activities, such as sport and music, are better than ever. Despite COVID, we are able to support our students well and we are getting better at it.

We have also been able to invest in some bold initiatives and in doing so we have created points of difference and made Hughes Hall a college worth giving to. The Bridge, linking the academic and external worlds, was an entrepreneurial idea that has gained real traction. Considerable financial resources and funding have been raised and invested in it and it has demonstrably proven it’s a good idea. In effect, with the Bridge we have formed several successful multidisciplinary centres and simultaneously are a Cambridge college nurturing two important and growing global ‘mini-NGOs’, the Centre for Climate Engagement and DEFI (the Digital Education Futures Initiative). 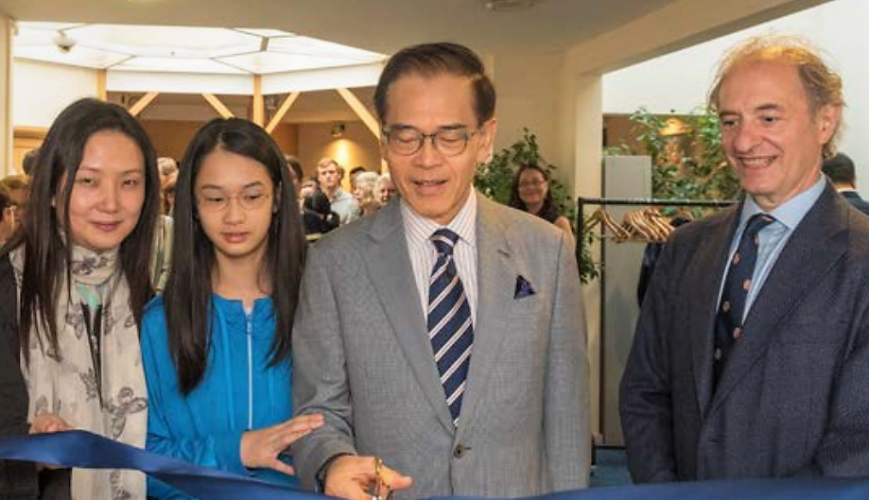 Anthony in 2019, with Dr Leong, Hughes Hall Pfeiffer Fellow and College benefactor, who officially opened the library he was instrumental in supporting ten years earlier.

There is far to go. Nevertheless Hughes Hall is already demonstrating how a 21st-century college within the University of Cambridge with a strong strategy can be academically excellent and provide a real bridge between Cambridge and the outside world. We support our students and academics in realising their potential to make a difference to societies worldwide.

What has been the impact of your work beyond the college?

I have spent as much of my time in the last three years working with the other colleges and with the central University as I have within Hughes.

Playing a greater role as a leader amongst the college Heads of House was largely a matter of timing. COVID made it screamingly obvious that the colleges had to do things together more effectively and efficiently. I happened to be chair of the Cambridge University Colleges’ Committee during that period. It was critical for the colleges to find ways to work together, which the rapid deployment of Zoom made possible. I chaired weekly ‘Friday at 9’ meetings, when all the Senior Tutors, Bursars and Heads of House were able to receive updates on plans, comment on them and speed up information flow. It also meant we got to know each other better and, paradoxically at a time when most communities were unable to gather, we built mutual trust and supportive relationships.

Bringing the colleges together is particularly important for ensuring three-way coordination between first, the combined colleges; second, the central University; and third, the individual departments and faculties. This is even more challenging! Even though most of the people in departments are also in colleges, it is almost as if they change entirely when wearing different ‘hats’. As Chair of the Colleges’ Committee, I am also elected a member of the University Council (its Trustee body). This body is responsible for much of the oversight and coordination in education, welfare, finances and managing COVID, together with its multiple subcommittees and working groups. I believe we helped the collective collegiate University make progress, often catching problems at an early stage, and helping the VC to achieve his objectives. It has been time-consuming but very worthwhile. 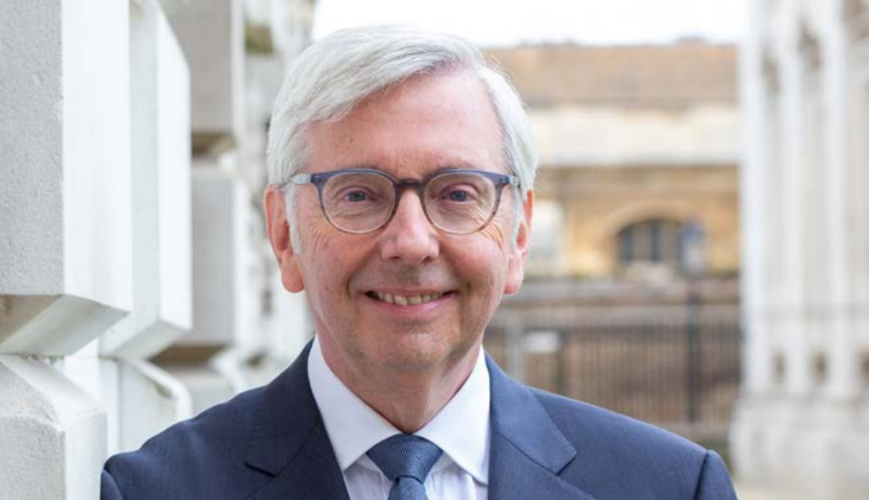 Professor Stephen Toope, Vice-Chancellor: “Anthony’s contribution to Cambridge has been one of tremendous strengths stemming from his extensive business experience and particularly his great strategic sensibility.”

What have you enjoyed most about being President of Hughes Hall?

It’s been a lot of fun being at the college. I get more satisfaction from outcomes than process. It’s been fun seeing students really thriving and the Fellows being proud of our college.

Being a member of a college is a contact sport and it’s worth doing when the members are together and enjoying themselves. Being around those people and seeing alumni come back having grown in their careers, seeing that our strategy has worked for those people, that’s what I have enjoyed.

What won’t you miss?

I think I’ll miss most of it – but I won’t miss diving down rabbit holes in meetings nor trying to get 31 Heads of House to agree on the minutiae of document wording.

What most surprised you about being President?

How important chairing the Governing Body is and how much difference you can make – to people as well as policy – as chair of a meeting. This skill is massively underestimated. Whether this is done well or done badly makes a huge difference. I know – because I have done both!

What are the challenges for the future?

I don’t believe the biggest challenge for the future is recovery – I have no doubt that will happen. 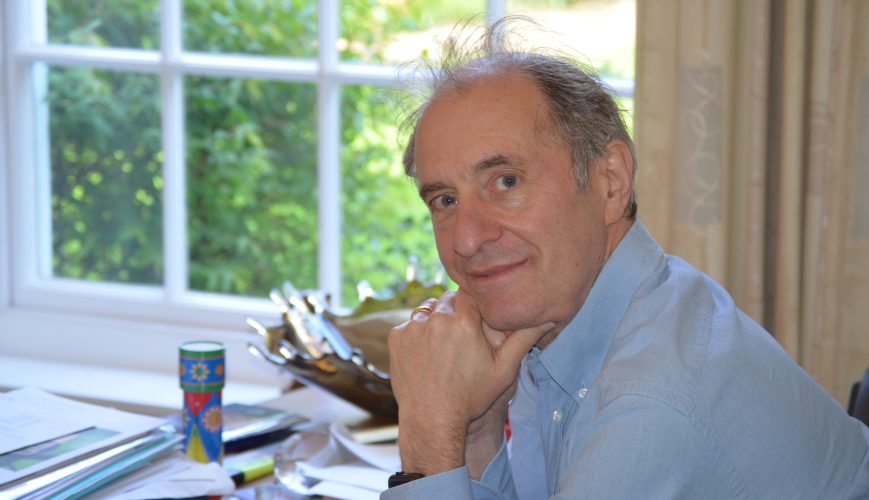 Looking to the future: “Sir Laurie Bristow will be a tremendous next leader of Hughes Hall and I look forward to following him as he takes up the mantle and shines his own light on the path forward.”

The challenges facing Hughes’s next President are rather more complex. Hughes Hall is now clearly among the best postgraduate colleges in Cambridge, but our ambition is to reinvent what a Cambridge College is. How do we do this at the same time as we recover from COVID, enhance the experience of current students, increase the diversity of our community, support our Fellows’ research and continue to have impact in the world against a background of the opportunity provided by life-long, online and hybrid learning, and global challenges such as climate change?

This will require not only a sustained focus on our strategic aims but the creative integration of the Bridge ever more strongly into the college as it grows in significance. The challenge we now face is what I like to call a ‘high-quality problem’: how do we manage its extraordinary success for the benefit of our own people and for the benefit of all?

Another issue is we have a college sized for 400 students, both in terms of student rooms and communal space, indoors and outdoors, but we now have around 900. Our estate will need to be able to meet the needs of our community.

We have the opportunity to unify and transform the architecture of the college and develop really well-built, attractive and sustainable buildings to complement and complete our 19th- and 20th-century buildings.

If I am remembered at all in the longer term, I would like to be remembered for the Bridge as well as for doing the deal for the land for wonderful new buildings. However, I know that I am just one in a long line of Hughes Hall’s Heads of House, who has hopefully enabled a remarkable and constantly evolving college to grow and flourish.

We have been successful. I hope and am confident that will continue beyond me.

Anthony, whose successor at Hughes Hall, Sir Laurie Bristow, was announced earlier in the year, has been appointed by the University as Acting Vice-Chancellor with effect from 1st October 2022. His term of office is expected to be six months. 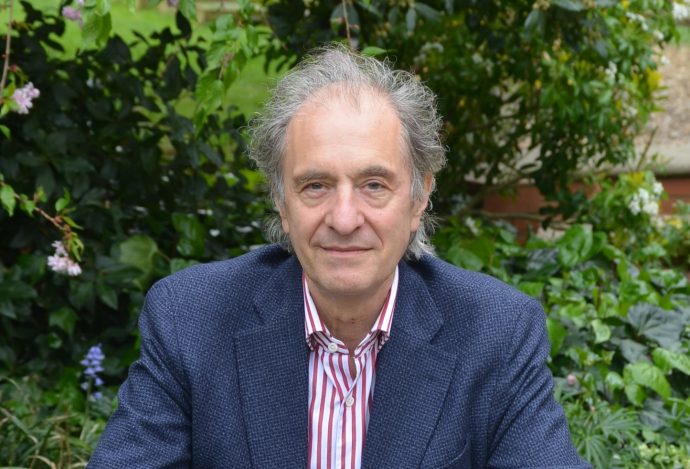