Hughes Hall and Lucy Cavendish College today announce their mutual decision to row separately in the future. The combined Boat Club (HHLCCBC, known more usually as “Hucy”) is being retired, and women’s boats from each college will compete independently.

HHLCCBC was formed in 2002 to give the women of both colleges the opportunity to row in the various regattas available to Cambridge student rowers. At the time, the two colleges had insufficient numbers of student rowers to boat a competitive women’s crew on their own. With the recent increase in student body size however, both Hughes and Lucy now have adequate numbers to run their own clubs.

Lucy Cavendish Boat Club President, April Bowman said: “Whilst the women’s team has grown under the joint Boat Club, commanding some impressive places in the bumps and beyond, Lucy is very excited to stand on her own and looks forward to seeing the Hughes ladies on the river!”

Likewise, Hughes Hall Boat Club President, Nazhif Zaini, commented: “Having built a formidable rowing programme from amongst friends and as a joint boat club, the Hughes Hall women rowers will now on their own no doubt keep that rigour and determination alive. I wish Lucy Cavendish College Boat Club well on the river!”

Both colleges would like to recognize the commitment, effort and passion devoted by their rowers to the sport and to each other during the tenure of the combined club. Indeed, Hucy has enjoyed immense growth and rowing success – thus making the separation inevitable but, to many, bittersweet.

Cambridge Colleges compete in Bumps rowing races, as well as other regattas. Bumps are a way to allow competitive rowing on the very narrow and twisty Cam river – each boat lines up a distance from the one in front, and tries to “bump” it, before they themselves are bumped from behind. 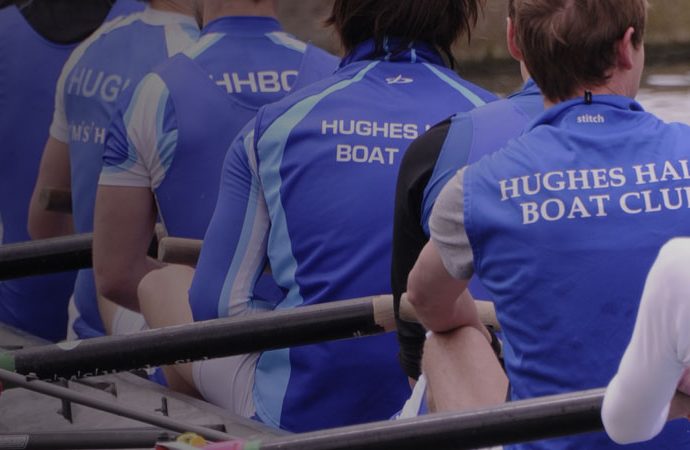